Trump: “We Must Build A Wall To Keep Mexican Metal Bands Like Sepultura Out of This Country!”

Posted by Keith Spillett in General Weirdness on August 26, 2015

Last night in Tupelo, Mississippi, the bizarre Presidential campaign of Donald Trump took yet another strange turn. During a 3-minute press conference Trump lashed out at several of his Republican rivals, Hillary Clinton, the Boy Scouts, the Boston Red Sox bullpen, comedian Sinbad, people who read poetry, women, dentists, those who are allergic to gluten and the entire country of Ecuador.

His most vitriolic rant, however, came in the waning moments of the event, when he called for the United States to build a wall to “keep Mexican metal out of this country”.   He singled out the “Mexi-metal terror rape band Sepultura” as the greatest threat to the safety of Americans since Y2K.

“I remember when I heard Roots back in 1996. It sounds like there are about 30 of them in a room mixing metal with Mexican drums and guitar.  What a mess! The American taxpayer should not be forced to pay for the health care that these people will end up needing from playing on all of those dirty instruments. I don’t know about you, but I don’t want the daughters and nieces of good, upstanding Americans infected with Mexican venereal diseases and tetanus!” 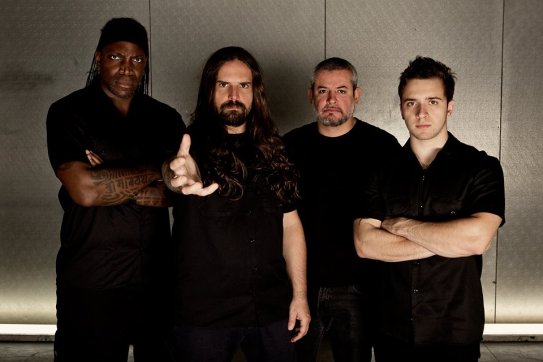 Trump became even more heated when a reporter pointed out that Sepultura were not from Mexico, but from Brazil. “I’m sick and tired of Mexicans, no matter what country they come from. Particularly when they start trying to screw up heavy metal.”

“Mexican bands like Brujeria, Soulfly, Gorod, and Sodom are killing metal right now and you people sit there like there isn’t a crisis. I don’t care if it bankrupts the United States, we need to build a wall and keep these animals out. Then, America will be great again.” 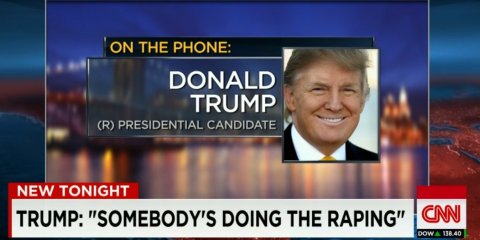 Moments after his anti-Sepultura rant a Gallup Poll showed that 69 percent of Republican voters would elect The Donald President if the election were today. That’s up 15 percentage points from when he issued his last racial slur.

Posted by Keith Spillett in Uncategorized on May 21, 2015

The New Axis of Evil?

The State Department has refused to officially comment on a recent report that Islamofascist group Sodom was not issued visas in order to perform at this weekend’s Maryland Deathfest. However, senior sources with in the Office of Homeland Security have confirmed, off-the-record, that a visit to war-torn Baltimore by the band could lead to an outbreak of evil on a scale unrivaled in this nations history.

One unnamed official pointed out that the band has embraced a form of justice more menacing then even the Sharia Law practiced by ISIS. “We’ve seen reports that these doers of evil are so obsessed by cruelty that they have advocated a legal system based solely upon “The Saw”. The song “The Saw is The Law” is a manifesto encouraging the abandonment of democracy and the rule of law. Instead, these destroyers of civilization want to rule through the use of a violent tool INVENTED BY EGYPTIANS!”

“The saw is a simple tool that can be assembled by one terrorist alone in his basement. You could make one for less than the cost of a cup of coffee. However, when used correctly, a group of terrorist with saws could be responsible for the deaths of hundreds of thousands of unarmed, innocent Americans.” 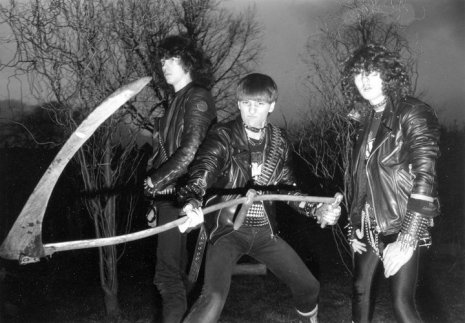 Another concern voiced by officials connected to Sodom’s banishment from America site their frequent references to weapons of mass destruction in their songs. According to top ranking military intelligence officer, “Sodom consistently encourages their fans to use Agent Orange and Napalm. Granted, they only advocate the use of napalm in the morning, but nonetheless, this Group of Three has displayed wanton disregard for the safety of Americans with their irresponsible lyrics.”

“Can you imagine what would happen if the groups shadowy leader Thomas Angelripper, a man who has talked frequently at his concerts about having a “Nuclear Winter”, was able to sneak a nuclear warhead into his carryon bag? One word….Genocide.”

Posted by Keith Spillett in The Politics Of Catastrophe on May 21, 2014

Americans vote for a variety of reasons. In some cases, they are concerned citizens who believe they can use the ballot box to change the direction our nation. In other cases, they do so because they feel an obligation to participate in the rituals of the democratic process. Not me. I vote every chance I get in order to amuse myself to no end by voting for my favorite metal artists.

It usually takes me a half an hour to vote. I go through the races I’ve followed closely and am able to intelligently evaluate, like Senatorial or Congressional elections, and try to pick the best person for the job. I know I’m being hustled here and am sure that nearly any candidate I pick is a shill for some multinational corporation, but I saw “Mr. Smith Goes To Washington” one too many times and allow myself the illusion of “making a difference”. Once that nonsense is out of the way, I get to the fun stuff.

Often in elections, you are given the choice of candidates you have almost no hope of being able to evaluate. For example, how on earth can I possibly determine who would be the best Head of the State Department of Agriculture? I don’t know a thing about farming and wouldn’t have the foggiest notion of how to pick the most appropriate person for the job. I don’t even really know what they do. That’s when I start voting metal.

Georgia offers the write-in option in all races. Therefore, if you want to vote, like I did, for Venom’s gravel throated frontman Cronos to make the state’s agricultural policies, you can do just that! I felt bad about leaving the rest of the original Venom crew out so Abbadon and Mantas received my nod for seats on my local school board. For County Sheriff, I voted for Sodom’s Tom Angelripper. After all, shouldn’t the saw be the law? 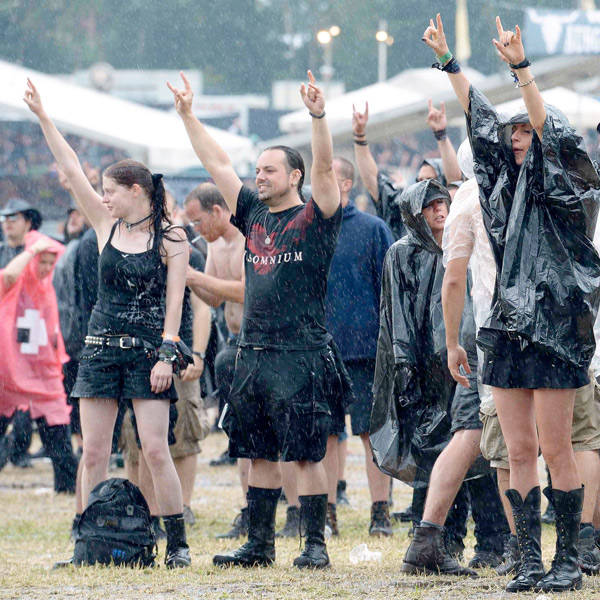 I stand there typing in metal artists laughing maniacally. I have voted for Ronnie James Dio in every election going back to 1998 for positions ranging from Superintendent of Schools to Federal Judge. Confused people peer over at me and avert their eyes when I look back at them. They probably think I’m a madman. I’m merely a Surrealist-American doing his part to bring this nation one step closer to the golden age of weirdness that has come to be known as The Freak Future.

Usually, you have about 20 different judges to vote for. They often run unopposed, so unless they happened to give you a night in jail for going 15 miles per hour over the speed limit or get caught in a brothel covered from head-to-toe in ox blood, you are going to vote for them. I see this as a great opportunity to pack the courts with metal luminaries ranging from Quorthon to Lemmy. I voted “Slayer” for a seat on the Bench.   The whole band. I struggled mightily with the question of whether this would mean the original Slayer lineup or some of the later incarnations. Who would be the Court drummer Bostaph, Lombardo or Jon Dette?

Sometimes I get bored and switch to other weird possible candidates. One year when the ballot was particularly long, I began voting for excellent defensive shortstops. Mark Belanger, Ozzie Smith, Omar Vizquel, Rey Ordonez…on and on.

Mostly I stick to voting metal because this is America and I have been told I can vote for what I believe in. I have been fed an endless supply of bromides and hackneyed platitudes about what size the government is supposed to be or when a baby is truly alive or how a marriage should be defined or what this nation should stand for. Politics is about who gets what and how much of it. At the end of the day, I’m really just voting on whether Wal-Mart, Exxon Mobil and Boeing are going to receive larger tax breaks based on the size of their contributions.

The horrible truth is that climate change is causing environmental catastrophes everywhere. We are engaged in an endless stream of costly, bloody foreign wars. Politicians are empty vessels who have become nearly indistinguishable from mattress salesmen. America is circling the proverbial drain and there doesn’t seem to be anything we can do about it. When someone asks me how I believe we should handle these problems, I look them square in the eyes and I tell them the only thing I can say that makes any sense to me anymore…

“Don’t blame me, I voted for Heavy Metal”