FDA Study Claims Shaolin and Wu-Tang Could Be “Dangerous”

Posted by Keith Spillett in General Weirdness on July 28, 2015 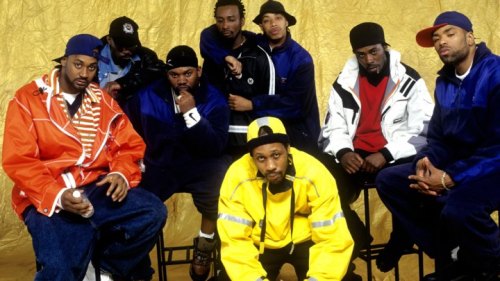 After nearly 20 years of research, millions of dollars and 47 solo albums, the FDA has determined the Shaolin and the Wu-Tang, if combined, could cause hundreds of unwanted side effects including carcinomas, melanomas, vanillaromas, mumps, measles, pneumonia, walking kidney disorder, small pox, beagle imitation syndrome, death and even acne.

However, the study vindicated many supporters who believe that the Shaolin and the Wu-Tang by themselves were not harmful. The danger, according to the 3636-page study, lies in the interaction between the two compounds.

If the victim begins to show signs of dementia by, for example, claiming that Cappadonna’s verse on any song was the best one, it is critical that spectators leave the scene immediately. There have been rare cases of Wu-Tang Killa Zombie Virus reported by those who have experienced lengthy exposure to the Shaolin and the Wu-Tang. A Wu-Tang Killa Zombie is capable of transmitting the disease by gnawing on the neck of those who come in contact with it.

Therefore, it is critical that if you find yourself in this situation you protect ya neck. 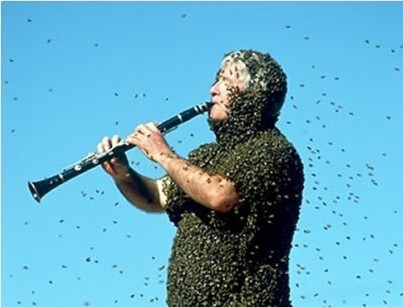 While Wu-Tang treated products are less common, there are still hundreds of thousands of them left around from peak Wu-Tang in the mid-1990s. This includes Wu-Tang tee-shirts, thermoses, lunch boxes, artificial limbs, tortoises, bunions, thermite, scarves, talking dolls, comic books, canola oil, flatware, ham, poltergeists, bottled water, yeast, enriched uranium, salt, apple sauce and even washing machines. On their own these innocuous items are harmless, but were one to encounter them in the presence of The Shaolin, it could be….well…dangerous.

Posted by Keith Spillett in Uncategorized on July 22, 2015

Presidential candidate Donald Trump might be a stranger to rap music, but he is no stranger to controversy. That’s why few were surprised that Trump has gotten himself involved in the heated feud between rap icon Ghostface Killah and Action Bronson.

At a speech sponsored by the Georgia branch of the John Birch Society, Trump leapt to the defense of Bronson. “One of the most important cultural figures in America today is Action Bronson. I’ll never forget when I first saw the movie ‘Death Wish’ back in the 1970s. I thought to myself, ‘There is a man that understands how the justice system in America should work!’”

Trump went on to praise Bronson’s war record. “Not only did he serve heroically under the brilliant military mind of Lee Marvin, he fought side-by-side with great Americans like Ernest Borgnine and George Kennedy during what many thought would be a suicide mission against Nazi forces in World War 2.” 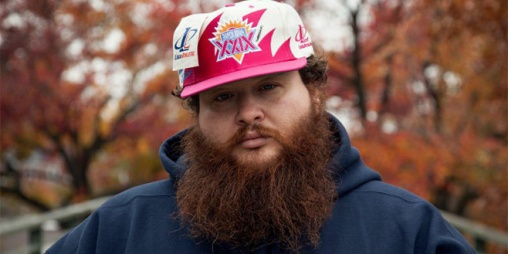 He was inspired to get involved in this rap battle after seeing a Bronson’s picture on the news yesterday. “He looks awful. He’s gained weight. He looks like he hasn’t shaved or bathed in months. He could be selling pencils at the airport. The so-called ‘Ghostface Killah’ should not talk about a great American the way he has.”

“I watched your little Youtube program yesterday, Ghostface. Listened to you make shameful and tasteless remarks with the beautiful music of Teddy Pendergrass playing behind you.  If Teddy were here today, Ghostface, he’d have stood up and knocked some sense into you.”

Trump even made veiled threats against the rapper to the delight of the crowd. “If I become President, I’ll have at my disposal thousands of people willing to do disappearing acts for me. How’s the CIA for starters, Ghostface?”

He finished by taunting the rapper to thunderous applause from the crowd. “I went to one of his shows once because someone told me Tony Stark was playing. When I saw it wasn’t Robert Downey Jr. flying  around in a metal suit, blowing things up, I left.”

Ghostface Killah has yet to comment on Trump’s scathing attack.

Posted by Keith Spillett in Uncategorized on July 10, 2015

Three more public officials today denounced a new sub-genre of heavy metal growing in popularity amid recent widespread media attention. Known by fans as aliencore, the newest addition to the already saturated landscape of extreme music has been both praised and scorned by fans and critics alike. Now, some government authorities are calling for an outright ban of the music over allegations that it may be dangerous to its listeners.

The emergence of aliencore was first reported by music writer Budd Hopkins in an April 8th New York Times article. Investigating an increase in the number of missing persons cases among heavy metal fans, Hopkins inadvertently discovered an unusually high influx of new metal bands fronted by undocumented immigrants. Hopkins coined the term “aliencore” to refer to the new sub-genre created by these bands. Described by noted heavy metal documentarian Stanton Friedman as a cross between death metal and the drone of honeybees, aliencore has since garnered major radio airplay across the country and several bands have performed to national televised audiences.

The Times article references several of the more popular aliencore bands. In an interview with the founder of a group calling themselves Rings of Uranus, Hopkins quotes the musician as saying that he and his bandmates come from a small Italian town called Zeta Reticuli and, among other enigmatic statements, that he formed his band “around the time of the dawn of human civilization.”

The drummer of a band called Children of Kecksburg spoke to Hopkins about the artistic influences of the new aliencore movement. “It runs the gamut,” said the drummer. “Everything from 1950s-era civil defense films to cosmology and astrophysics to Whitley Strieber books.”

The members of another aliencore band called Hypnotic Regression seemed to imply that their music had an altruistic objective. “The mission of our band is to serve man.”

Despite the growing popularity of the sub-genre, several critical reviews have appeared. Phillip Klass, in a Rolling Stone review of a new album called The Drake Equation, referred to songs like Intergalactic Border Crossing and Paradoxical Paranoiac Probing as “nonsensical drivel.”

But the real controversy over the music stems from a report in the May edition of Scientific American that cited a connection between aliencore music and the disappearance of at least 750 self-described metalheads around the world. According to numerous local police sources, all of the missing people had attended a performance by an aliencore band only hours before their disappearances. While authorities continue to investigate, this circumstantial evidence has led several politicians and community leaders to call for the cancellation of all scheduled aliencore performances in their jurisdictions until a full investigation can be concluded.

Kenny Lofton, police chief of Gulf Breeze, Florida, held a hastily scheduled news conference this morning to announce the disappearance of at least 15 concertgoers from a performance by the band Sacred Hive the previous night. “We’re taking this extremely seriously,” said Chief Lofton. “Until further notice, I’ve issued a townwide prohibition against any further performances of this so-called aliencore music.”

At the same time, aliencore fans are expressing their support for the right of the bands to perform. Barney Hill of Rachel, Nevada, told CNN that be believes the disappearances have been blown out of proportion. “So what if a couple of dirtbags down in Kingman, Arizona, didn’t come home after an aliencore show last weekend? They probably got stoned and went camping or something. This is about free speech.”

In Europe, heavy metal fans have been as outspoken as their freedom-minded American counterparts. Herb Wells of Woking, England, was quoted by Sky News as saying that he fully supports the “right of these bands to perform. It’s the same thing every couple of years. Some group of parents or politicians wants to censor this kind of music.”

But in Aurora, Texas, Mayor Andy Van Slyke today ordered the destruction of all aliencore records from the local Sam Goody and Tower Records stores following the disappearance of three teenagers from a concert last week. “We’re fully cooperating with state and federal authorities,” said Mayor Van Slyke, “but in light of the many published reports concerning the possible connection between this music and the recent disappearances, we can’t risk any more of our children going missing.”

He went on to inform viewers that his band will defy any performance or recording bans and still plans to enter the studio next month to record its debut album, As the Wormhole Turns. The album, said Glarmorkiop, will feature a song played entirely in binary, called 001101000100100111010100, and include an aliencore cover of the Megadeth classic Hangar 18.

However, in the most stunning development of this unfolding story, an aliencore band called Hydrocephahic Hybrid may have admitted that a sinister connection does indeed exist between the music and the missing persons cases.

On a segment of the O’Reilly Factor on Fox News last night, the band’s lead vocalist told host Bill O’Reilly that aliencore bands have been abducting their fans since late last year. “Look, we’ve been doing it the old-fashioned way for far too long now,” said the singer. “It’s tedious. You have to fly down during the middle of the night, shine some bright lights through the windows, float them out the door… We were hanging around one night and we realized it would be easier to get them to come to us. Your average heavy metal fan isn’t exactly the smartest knife in the cutlery rack, if you know what I mean. So a bunch of us formed metal bands and started playing shows and the next thing you know we’ve already met our quota for the year.”

Despite the growing sense of alarm, Hydrocephalic Hybrid will embark next week on a three-month tour of Midwest wheat fields and trailer parks in support of San Diego-based deathgrind band Cattle Decapitation.

Posted by Keith Spillett in General Weirdness on July 8, 2015

As reported by Loudwire, the frontman of a famed metalcore band announced that he will be parting ways with the band. The news comes just after the release of the outfit’s latest studio album, released on a major label.

Many were shocked to hear that the vocalist would be departing just after the metalcore act was starting to gain traction in the mainstream, not to mention right before their world tour with a lauded post-hardcore band and rising pop punk act.

Many initially thought that this would be the end for the metalcore cohorts, but later, the band’s guitarist issued a statement via the metalcore clique’s Facebook page:

UPDATE!!!!!!! 11:34 AM EST It was just announced via Twitter that the vocalist of a world famous deathcore band will be joining the metalcore monolith full-time!!!!

The deathcore vocalist went on to disperse more exciting news via Twitter, the biggest announcement being that the infamous metalcore band will soon be heading into a studio to begin working on a new studio record, to be released sometime on a record label in the future.

We here at this music website are looking forward to see what this metalcore titan has up their sleeves.

(Article contributed by investigative reporter Jess Casebeer.  For more hard hitting jurnalizmcore, check him out at his site)