Lil Wayne Opens Up About His Relationship With His Father, Late Metal Church Vocalist David Wayne

Much of Lil Wayne’s life is an open book.  From his early work with The Hot Boyz, to his stunning rise to prominence as the self-proclaimed “Best Rapper Alive”, to his year long incarceration in Rikers Island Prison, to his much publicized feud with famed singing legend Wayne Newton, the public has followed each aspect of Lil Wayne’s soap operatic life with keen interest.  However, one area of his life that he has kept hidden from the public is his relationship with his father, former Metal Church and Reverend vocalist David Wayne.

Lil Wayne rarely talks about his most intimate relationships publically, but in a revealing interview to be published in next month’s issue of Rolling Stone, the top selling rapper in music history talks on the record for the first time about being the son of one of the greatest metal vocalists of all time.  “Growing up on tour with Metal Church got me ready to become the man I am today.  I owe much of my success to having watched my father perform in some of the greatest venues in the world, from Columbus, Ohio to Moose Jaw, Saskatchewan.”

Lil Wayne even claims that David Wayne inspired his legendary series of albums “Tha Carter 1-4”.  When Lil Wayne was a young boy, David introduced him to his all-time favorite movie “New Jack City”.  He was known to quote Nino Brown, the reputed crime boss played by Wesley Snipes, on a regular basis.  Before he would go out on stage each night, David would look at Lil and repeat the famous line “We’re taking over The Carter” before exploding onto the stage. 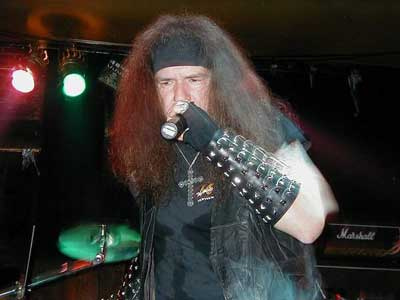 After David’s horrible, untimely death in 2005, Lil Wayne went into a severe depression.  During that time, his father’s close friend and former Reverend bassist Birdman stepped in as Lil Wayne’s mentor and “spiritual father”.  In 2008, Lil Wayne recorded “Like Father, Like Son” as a tribute to the two men who had been most instrumental in his life.  On the album, Birdman raps and makes his trademark birdcalls.  Many of the songs also feature prominent samples of Metal Church classics like “Beyond The Black”, “Ton of Bricks” and “Watch The Children Pray”.  While the album is one of Lil Wayne’s lesser-known releases, he considers it his most personal.

Lil Wayne has sold out the largest arenas in the world, dated some of the most beautiful women on earth, appeared in movies and made millions of dollars.  However, his favorite memories revolve around some of the special moments he spent with his father.  “I’ll never forget when I was a small child and would wake up with nightmares.  He would hold me in his arms and rock me to sleep singing a soft lullaby version of “Battalions”.  It’s times like that you never forget.”

The closeness between a father and son is often an important factor in the growth and development of a young person.  Its presence can inspire a wellspring of confidence that a person can fall back on their entire lives while its absence can be an obstacle that a person spends their life trying to overcome.  The impact of Lil Wayne’s relationship with his father has carried him to great heights, a fact that he testifies to in the liner notes of his groundbreaking album “Tha Carter II” where he dedicates the album to David with the simple inscription “To My Father DW:  It Was Youuuuuu…Whoa…Whoa…Ohhhhhh!”

This entry was posted on October 15, 2013, 12:49 PM and is filed under General Weirdness. You can follow any responses to this entry through RSS 2.0. You can leave a response, or trackback from your own site.