Theme From An Imaginary Grindcore Album: The Birth of UnMusic

Posted by Keith Spillett in Articles I Probably Shouldn't Have Bothered Writing, UnMusic on February 5, 2011

Today is a landmark day in the history of music.  On Saturday February 5th at 10:37 AM a new genre of music has been born.  Welcome to the world of UnMusic.  Many times I have read the song titles on albums and thought to myself “This album has great song titles, it’s too bad the songs are horrendous.”

If you have had that thought from time to time, then UnMusic is for you.  UnMusic removes the irritating and grating music that is on albums and merely gives you song titles. I give you the song title, what your imagination does with them is up to you. Think of the possibilities?  Music without the limitations of actually having a song! I’m not even going to give the album a cover with artwork.  I feel like that would be selling out.  You, the listener, have complete artistic freedom to imagine what we would have sounded like had we actually recorded the songs.

For the purposes of marketability, the music will (not) be recorded by my band E.T.A.F. (Eats Things that Aren’t Food), who are known for their top 40 single “Jodie Meeks”.  This genre is deeply influenced by grindcore (particularly by the band A.C.). Grindcore is a style of metal that often features hysterical song titles and horrifically unlistenable songs.  Why bother with the songs?!?!?!

I was thinking about grindcore when these songs were (not) written, and actually believe this album better fits into a subgenre known as UnCore. That being said, I don’t want to limit your imagination, so if the songs sound in your mind like Michael Bolton or Earth Wind and Fire when you think of them, go with it. 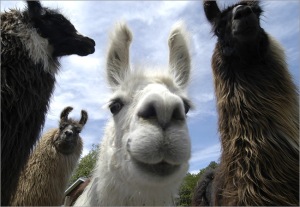 2.  Tipper Gore Told You To Throw Out All of Your Judas Priest Albums…But You Didn’t Listen

3.  I Got Scolded Because I Made Fun of the Drummer From Winger

4.  You Hung Out With The Band Skindred in A Parking Lot

5.  If Lincoln Were Alive Today, He’d Be Angry They Buried Him

6.  Stop Staring At Me…I’m Not Going to Talk to You

8.  Mubarak Has the Best Interests of His People In Mind

12.  You Met Your Wife At A Viking Metal Concert

14.  Ketchup Is A Vegetable

15.  You Lost Your Children’s College Fund Because Jerome Bettis Fumbled

16.   You Missed a Meeting With Your Parole Officer To Go To An ICP Concert

17.  You Sent Your Son To School With Head Lice

19.  You Learned to Speak Latin In Order To Sound Arrogant

20.  You Were Unfriended By Soccer

21.  You Voted In Florida And It Didn’t Count

23.  You Have Restless Leg Syndrome

25.  You Are Allergic To Dog Dander and Milk

27.  You Were Unfriended By Bacon

31.  You Gave Your Son Cortisone Shot So He Could Play In A Little League Game

33.  People Don’t Take You Seriously Because You Have A Mustache

34.  You Pay Taxes Because You Think Its Patriotic

35.  If It Wasn’t For All The Crime, Miserable People and Decaying Buildings, Gary, Indiana Would Be a Great City

37.  Soccer is The World’s Most Popular Sport

39.  You Went On Strike Until Your Company Agreed To Show Jerry Springer In The Break Room

42.  You Know How To Properly Use A Semi-Colon

44.  You Hope That Iron Maiden Plays All The Songs From The X Factor At Their Next Concert

45.  Your Kids Don’t Talk To You Because You Have A Mohawk

46.  You Think That People Are Smiling In Commercials Because They Are Happy

47.  Nobody Goes To Your MySpace Page Because Your Band Does Lionel Richie Covers

48.  Spellcheck is Wrong…Grindcore is One Word

49.  No One Knows What Barney Greenway is Talking About

50.  I Listened To The First Carcass Album and Became a Vegetarian

51.  You Are So Metal That You Were Into Ozzy Before He Joined Black Sabbath

52.  Raggacore Is The Next Big Thing

52.  You Think It’s Ironic To Have Song Titles Without Actual Songs

53.  It’s Funny Until You Start Talking

54.  Some Random Cover of A Band I’ve Never Heard Of Like Budgie

55.  A.C. Can’t Sue Me For Stealing Their Idea Because They Can’t Afford A Lawyer

56.  Even Spammers Ignore You