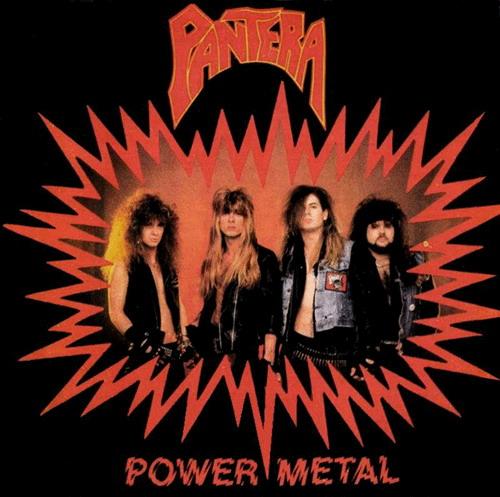 Fourteen activists were arrested yesterday afternoon in Muskogee, Oklahoma during a rally to protest Pantera’s plans for a series of heavy metal same-sex reunion concerts. The protestors were enraged by comments made by singer Phil Anselmo during a press conference last week.  The controversial singer announced an eleven state arena tour in which all members of the band on stage would be male (including a yet to be named male guitarist who will fill-in for Dimebag Darrell).

The “Far Beyond Homogeneity Tour” will feature the members of the band in tight tee shirts and jeans dancing provocatively while playing songs like “Domination”, “5 Minutes Alone” and even “Hard Ride” from the oft-forgotten Power Metal album.  The tour will be supported by metal legends Sodom.

The announcement sent religious groups into an immediate furor. Anthony Perkins, President of The Family Research Council and star of Alfred Hitchcock’s classic horror film “Psycho”, was particularly appalled by the announcement.  “Four men, writhing and squirming on stage in the unholy bonds of a heavy metal performance is not what God intended.  It’s perverse.  Metal should be between a man and a woman.”

Same-sex metal performances are illegal in 39 of 50 states.  A few states like California and Iowa have recently passed ballot initiatives to allow these sorts of gatherings, while other states have grown more restrictive.

Recently, Mississippi outlawed same-sex water fountains while Alabama has gotten rid of same-sex bathrooms. Georgia has gone so far as to decree that men cannot use the same hairbrush or eat from the same buffet at Golden Corral.  The Kentucky State Legislature is currently considering a bill that would restrict same-sex consumption of funnel cake.

While some states have adopted radical stances against same-sex metal, others like Nevada have taken a more cautious approach favoring “don’t ask, don’t tell” legislation that does not require bands to disclose the gender of the band’s members.  Many politicians within the state, including gubernatorial candidate Ernest Rohm, believe that same-sex metal is fine as long as bands don’t go “waving their gender all over the place.”

In an October interview with Billy Graham’s Witchhunt Magazine, Rohm went so far as to claim he likes some heavy metal, has a few same-sex heavy metal friends and once employed a gardener who loved metal.  “Honestly, with all that long hair, you can’t really tell, in most cases at least, the gender of metal musicians.  I mean, Bon Jovi was my favorite band in the world until I realized Richie Sambora was a man.”

This entry was posted on November 25, 2013, 5:16 PM and is filed under General Weirdness. You can follow any responses to this entry through RSS 2.0. You can leave a response, or trackback from your own site.