Hipster Terrorists Taken Into Custody After Attempted Hijacking Of 70,000 Tons of Metal Cruise 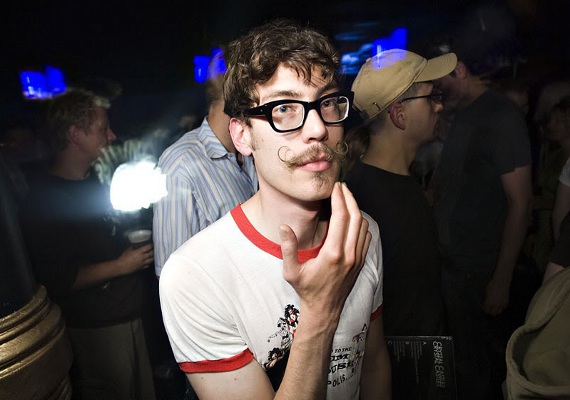 Hipster Terrorist During The Attack On The Ship

In an event that has raised international tensions between hipsters and metalheads, a crew of bearded, shaggy hipsters attempted to set hijack the 70,000 tons of metal tour boat yesterday.  They were beaten severely by many of the passengers and apprehended by police at the end of the cruise.  The Hipster Terrorists demanded an immediate end to “songs with cookie monster vocals” and “more songs that talk about what it’s like to feel left out.”  After about 20 minutes of this, enraged metalheads, led by Tankard vocalist Andreas Geremia, stormed the terrorists, taking their weapons and curb stomping four of them.

Hipster Terrorist leader Sheik Jasper Thelonius Monk claimed, through a mouth full of broken teeth, that this was the beginning of a series of “ironic terrorist attacks”.  The attack, meant to be homage to the Achille Lauro hijacking in the 1980s, failed almost immediately when the metalheads realized that the hipsters were scrawny and weak.  “Between the 15 of them, they had to weigh one member of Crowbar,” said Annihilator guitarist Jeff Waters, who beat several hipsters bloody with his Epiphone Annihilation-V Flying V guitar.

The Hipsters had planned to hold the ship hostage until the cruise directors agreed to allow Cobra Starship to play a 12-hour concert on the main deck.  They also demanded the ship be taken to “some country where the art of Banksy and Spin Magazine are taken more seriously.”  They implored their hostages to stop being sucked into the madness of consumer capitalism and shop at Urban Outfitters.  The terrorists, who all had high powered AK-47 assault rifles and copies of recent books by Chuck Klosterman, were taken without a shot being fired.

Hipster terrorism is on the rise in America over the last few months.  Other, less notable attacks, included holding MTV executives hostage until they played an hour straight of Vampire Weekend videos and forcing Venom to play an entire concert with out of tune instruments.  However, CIA officials are not concerned.  Veteran CIA agent John Nash stated in a recent interview that the “hipster terrorist phenomena will not last long.  Once they realize other people are doing it, they’ll stop immediately and start hating terrorism.  They’re not all that hard to figure out.” 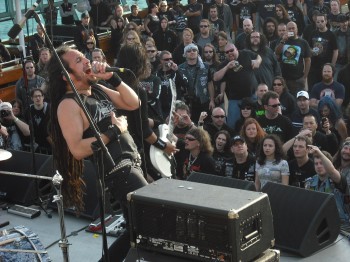 Still, this attack could cause a major problem between rival hipster and metalhead factions.  Metal Secretary of Defense and Manowar bassist Joey DeMaio believes that there is war on the horizon and that The Army of True Metal will be victorious.  “If you want to know what the future looks like,” said DeMaio in a press conference this morning, “imagine a boot stepping on a hipsters face over and over again while me and the boys play “The Gods Made Heavy Metal”.

This entry was posted on February 2, 2012, 7:01 AM and is filed under General Weirdness. You can follow any responses to this entry through RSS 2.0. You can leave a response, or trackback from your own site.