They are Canada’s favorite technical death metal band and now they are set to appear on CBS’ hit television show The Honeymooners.  Gorguts, those wild and crazy Quebecean death metallers who burst on the scene in 1993 with their Top 40 hit “Orphans of Sickness”, will become the first band ever to appear on the show.  Honeymooners star Jackie Gleason is a huge fan of the band who claims to have listened to the album Obscura over 400 times in a row when it was released.  Gleason, who became a fan when Considered Dead was released in 1991, said in a recent interview that no band he knows of “has been able to link the primal, bestial rage in the human soul with such profound, technical craftsmanship.”

The episode titled “Hey, Hey Luc Lemay, How Many Kids Did You Kill Today?” was filmed on Monday afternoon in front of a live studio audience.  The story is thought to be one of the more experimental Honeymooners episodes, although by no means as surreal as the episode where Ralph Kramden and Ed Norton are trapped in the stomach of a moose.

It begins with a knock on the door from a shady, elderly man played by Sir John Gielgud, the elderly British actor known for his stirring performance as the butler in the movie Arthur. Gielgud introduces himself as “Luther” and hands Alice Kramden a box.  He tells her she has three wishes once she opens the box, but should be careful what she wishes for.

After the man leaves, Alice and Ralph tear the box open only to find the paw of a monkey with a bow around it.  Ralph holds up the paw and wishes for enough money to never have to work again.  Suddenly, a box appears on their coffee table.  Ralph opens it and is stunned by piles of hundred dollar bills.  However, he is appalled to realize that in the box is also the severed head of his neighbor Ed Norton (played by the loveable Art Carney).

In spite of the beheading of Ed, they decide they are glad to have gotten the money and decide to make another wish.  This time Alice holds the paw up and wishes that she could get the chance to see Gorguts live for the first time.  Immediately, there is a knock on the door and the band appears.  They run around the house smashing the furniture and throwing food at each other.  Singer Luc Lemay knocks Ralph to the ground and tries to force him to swallow mustard until he chokes.  Meanwhile, guitarist Kevin Hufnagel destroys Ralph’s favorite bowling trophy by attempting to play a solo from “Rottenatomy” using the trophy as a guitar pick.  Finally, Alice has had enough.  She holds up the paw and screams, “I wish Gorguts would go away!!!!!”

With that, the band disappears and the archangel Gabriel appears on top of the dining room table blowing his horn.  Ralph, covered in mustard, launches into a recital of a Willie Loman monologue from Arthur Miller’s “Death of a Salesman” while Alice begins to grow a teeth out of the side of her face.  The episode ends with Ed’s head rolling onto the floor and the entire cast, including the head, launching into an impromptu version of the song “Officer Krupke” from the musical West Side Story. 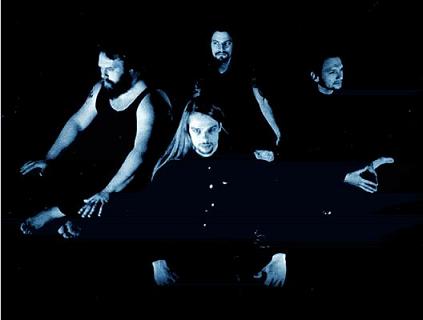 This entry was posted on June 26, 2012, 12:47 PM and is filed under General Weirdness. You can follow any responses to this entry through RSS 2.0. You can leave a response, or trackback from your own site.