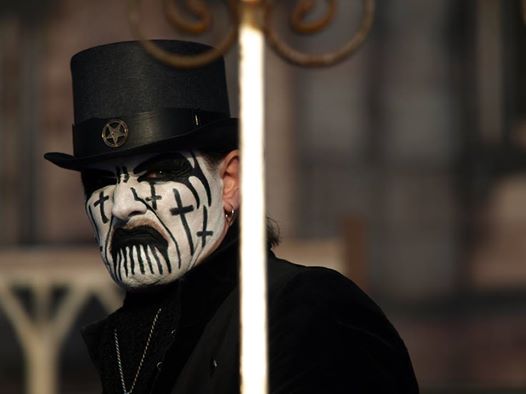 Get ready America! Starting in October, a man qualified to receive Social Security benefits will travel this great nation howling like a banshee into an inverted cross microphone. That’s right…He’s Back (and hopefully he won’t throw His out)!

He’ll be visiting mostly warm weather climates to avoid a difficult winter, all the while taking advantage of the large number of early bird special meals geared towards persons of his demographic. His mornings will be spent consuming free Econolodge continental breakfasts and soaking himself in a tub of ice in anticipation of having to do the same routine in front of yet another group of awestruck admirers that He wants nothing to do with.

Tickets will, no doubt, be remarkably expensive in order to help Him offset the constant stream of costly doctor visits and potions meant to prolong his time on this condemned, dying planet. Luckily, he’ll be able to dodge the stillness and eternal silence of the grave for a few more years, a fate only slightly more appealing than complete oblivion.

Satan will be the subject of many of the songs that he will mercilessly caterwaul his way through. As most people above the age of seven know, Satan is a quaint, antiquated idea meant to remind people that it is possible that an evil exists that is even more terrifying than our elected government officials.

Notes, once hit by this rock luminary, will be missed with increasing frequency as this once in a lifetime series of concert events painfully marches its way to its conclusion in Austin, Texas. He will once again prove, without a shadow of doubt, that castrato vocals sound much better coming out of the mouth of a pre-pubescent child than a man old enough to be his grandfather.

They will emerge the next day from a brutal hangover induced by ten-dollar cups of flat beer late to the unfulfilling brutality of their mindless, soul-sucking chosen professions. That is, if they happen to be among the lucky people whose jobs have not be shipped off to a country where it is possible to pay workers less than a dollar a day to produce items that will be consumed and quickly forgotten.

As the lives those able to attend these shows wind to a bitter, meaningless conclusion, they can rejoice in the fact that they participated in an event they can describe to young people who will humor them by feigning attention, all the while worrying whether they have received a new text message in the last twelve seconds.

A great time should be had by all.

This entry was posted on July 13, 2014, 1:31 PM and is filed under Excessive Cruelty Towards Strangers. You can follow any responses to this entry through RSS 2.0. You can leave a response, or trackback from your own site.