PETITION – Free the Wolves in the Throne Room!

Posted by Happy Metal Guy in General Weirdness on May 21, 2015

Nothing is crueler than keeping animals in captivity for human entertainment. Do your part today and help free these poor wolves that have been imprisoned in the throne room for 13 years now.

Panting wolves may look like they are smiling. But they are not!

Perhaps mankind’s most arrogant mistake is anthropomorphizing non-human entities. A wolf doesn’t express emotions with its facial muscles the way humans do. Just because its panting expression shapes its mouth in a way that resembles a human smile does not mean that a panting wolf is actually happy. So even when a wolf is suffering from indigestion due to eating too many disobedient serfs for the king’s entertainment, foreign dignitaries often return to their kingdoms thinking that the wolves were enjoying themselves. This is often very far from the truth.

A captive wolf is an abducted wolf.

Would you let a stranger walk into your home, and take your child away from you to be kept captive as a slave in a circus troupe? No? Then why should wolves be treated as such? Wolves are highly intelligent social creatures that live in tight-knit packs. Visitors to the throne room often fail to see that the wolves there had to be yanked from their natural environments, snatched away from their family, held in cages, and roughly transported by plane, ship, or truck for hours on end.

Most wolves die during capture.

Around 60% of wolves die during capture, mostly from fatal wounds arising from hurled rocks, fatal indigestion due to overeating of bait, and malfunctioned Safari Balls. The capturing process is very traumatizing to these poor creatures. Imagine sleeping, only to have strangers suddenly intrude on your slumber to make you their property! Sadly, due to stress, panic and trauma, some wolves even die in the aftermath of the capture.

Wolves are magnificent predators. Their limber bodies are built for chasing quick-footed prey in the wild, such as hares. Imagine them being confined in small cages that are being loaded by the hundreds into cargo planes, ships, and trucks that travel for more than twelve hours on an average shipping day. As a result, the poor wolves get cramps and skin abrasions, which disrupt their appetite and make them more prone to skin infections.

Wolves in the wild are active predators that are highly dependent on sounds, sights, smells, and various other types of sensory input to hunt for food effectively. Place them in the captive environment—typically four walls in an enclosure devoid of their usual visual or auditory stimuli—and their senses grow dull overtime due to a lack of stimulation. There’s hardly anything for wolves to do in the throne room other than to prowl around aimlessly, gnaw on some leftover serf bones, poop on the red carpet, and play catch with foreign dignitaries. The worst part is that they don’t even hunt anymore; they simply await low quality, unwilling human food to appear before them.

No wild animal should be living in manmade environments. Wolves are natural creatures that should be living in a natural setting. The physical complexity of a forest, and the four seasons can never be duplicated in captivity. Feeding patterns and mating behaviours are even drastically altered during captivity, thus reducing wolves in the throne room to confused shadows of their former selves.

Confining wolves in the throne room is no different from placing a human in solitary confinement. Caged animals and humans develop similar behavioral patterns – They pace back and forth restlessly, hallucinate at the slightest sensory stimulation, and sleep much longer than usual. These are signs of neurosis induced by claustrophobia, and frustration at being unable to behave naturally or act freely. Eventually, appetite loss and self-harm may even occur as a suicide attempt.

Now that you know the plight of these wolves, leave a comment below to support our cause to free these furry, non-human persons. Once 2,500 signatures have been collected, an Internet article will be written again in an attempt to bring about monumental change in real life. Let us guilt-trip the kingdom into giving up its sadistic entertainment!

Genealogy Expert: Wolves in The Throne Room Not Descended From Angels

Posted by Happy Metal Guy in General Weirdness on July 20, 2014 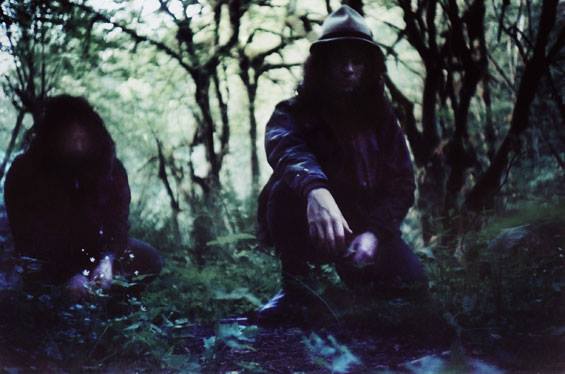 The Weaver brothers are reportedly not of angelic descent, but human. (Photo: Allison Scarpulla)

WASHINGTON — Wolves In The Throne Room did not descend from angels, said a genealogy company CEO in his 137-page report that was released on Sunday.

When the elusive forestcore duo claimed to be of celestial lineage in 2011, many of their treehouse neighbors were convinced and started spreading the claim to city dwellers as fact. But not every city dweller was convinced.

“When I first heard it, an alarm bell inside my head immediately went off,” said Tim Sullivan, avid tree metal fan and CEO of Utah-based genealogy company Ancestry.com. “I was like, ‘The lads are more likely to have descended from Tarzan.’”

Over time, Sullivan’s suspicion grew and became so unbearable that it culminated into a three-year investigation of the Wolves’ origins. The first two years were spent tracking down the Weaver brothers’ mysterious treehouse – said to contain an attic quasar and a basement galaxy – using Ptolemaic constellation maps borrowed from the Provo City Library. The final year was spent climbing to the peak of every giant sequoia in California’s Yosemite National Park in an attempt to nail down the Wolves’ exact location.

Sullivan’s patience and perseverance was rewarded just before he reached the peak of the last sequoia he climbed. Near the tip of the gargantuan tree, he saw an unassuming treehouse with an unreadable logo engraved on its termite-infested door.

“With that branch-like motif, it had forestcore written all over it,” said Sullivan. “One look and I knew that was my quarry.”

Sullivan then kicked down the fragile door and was taken aback at what he saw inside: two snoring Caucasian males lying on the filthy wooden floor, with empty Starbucks cups and apple pie bits strewn around them.

“Turns out they are as human as you and I,” said Sullivan with a shrug. “I didn’t even have to do a DNA test to confirm their humanity.”

“I was living on this branch long before they perched themselves over there,” said the Panopticon frontman as he pointed at the doorless treehouse on a neighboring branch. “Every morning, I’d see them urinating outside their treehouse, trying to outdo each other by seeing who can hit more birds. What kind of angels do that?”

Despite being glad that he no longer has neighbors due to Sullivan’s tenacity, Lunn expressed annoyance at the Ancestry.com CEO’s explosive intrusion.

“I nearly completed recording my new 50-minute single when that idiot kicked down the door,” said Lunn. “He broke my concentration at around the 49-minute mark and I permanently forgot what chords came next! Now the single will be too brief. From now on, people are going to laugh at me for being a treehouse grindcore act.”

The Weaver brothers could not be reached for comment. When this reporter visited their California treehouse, it was deserted. They are believed to have moved to a neighboring giant sequoia. Lunn, however, believes the brothers have become one with the Lupus constellation.

Sullivan’s 137-page report on his investigative journey can be downloaded for free as an e-book from Apple’s iTunes store. It is also available on the Amazon Kindle.

Dumb Metal Rumors and The People Who Love Them

Posted by Keith Spillett in Articles I Probably Shouldn't Have Bothered Writing on April 17, 2011

Metalheads, as a lot, tend to be some the most cynical people on the planet, but we are often willing to believe some amazingly suspect information. Get a roomful of bangers together and most of them will agree that the government, in league with a group of rancorous aliens who crashed in New Mexico, are conspiring to enslave the human race and force us to listen to Black Eyed Peas records until our ears bleed.  What can be said of a group that seems to have a universal distrust Christianity but believe strongly in the existence of Satan?  We tend to be suspicious of any sort of authority structure, but have complete faith in strangers who happen to arrange a series of musical notes in a way that makes us want to run into each other screaming “KILL!!!!”.  In short, we are a group that is susceptible to getting caught up in some bizarre rumors.

Over the years there have been a some I particularly enjoyed.  Here are a few of them…

The story goes something like this…A bunch of frustrated med students dropped out of college moments away from becoming doctors.  They took their wealth of medical training and used it to write a series of revolting metal albums in the late 80s and early 90s.  These albums, which featured songs with catchy titles like “Swarming Vulgar Mass of Infected Virulency” and “Cadaveric Incubator of Endoparasites”, must have been penned by people with an acute understanding of human anatomy, the type of understanding that could only be gained by hours of study at a medical college.  It’s a great story and it actually makes some sense but it is completely untrue.  Carcass are, in fact, brilliant musicians with highly overdeveloped vocabularies and no medical training whatsoever.  This didn’t stop a friend of mine, years back, from sending a letter to the band offering to allow them to remove his spleen onstage.

The saga of Phil Fasciana, guitarist from the band Malevolent Creation, and his heroic killing of a “80-pound homeless crackhead” Kwik E Mart robber gripped the metal world back in 2009.  Apparently, Phil stumbled in looking to buy some chocolate milk and was shot at by the thief.  In a scene that seems right out of a bad Don “The Dragon” Wilson action flick (because it probably was), Phil tackled the bad guy and wrestled his gun away.  But this cagey crackhead reached for his hideout piece located, in of all places, his sock.  Phil was forced to fire on the guy and kill him.  There were more holes in the story than in the USS Bismarck.  The poor, desperate homeless guy with enough money for two guns.  The lack of a murder weapon, a dead body or a witness.  Days afterwards, the police confirmed the story was complete nonsense.  This didn’t stop a good number of metalheads, myself in particular, from running wild with this fable.

The Parable of The Cave 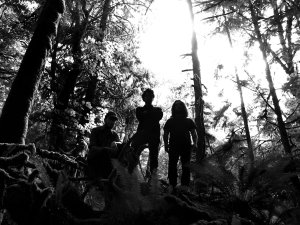 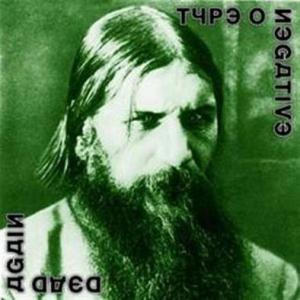 Death rumors are a favorite among metalheads.  Back in 2005, Type O Negative pulled off the ultimate hoax when they convinced the world that singer Peter Steele had died.  This became quite confusing when Steele actually died last year.  Was he really dead this time?  Would he rise on the second day as some sort of ironic, Easter-themed publicity stunt?  The last album was named Dead Again for gosh sakes!  And Rasputin was on the cover.  That zany Russian died something like 28 times and kept coming back! This had to be some sick joke.  Unfortunately, it was not and Steele has not risen…yet.

The 2005 Steele death was the most convincing death rumor I have heard, but far from the first.  I’ll never forget spending an embarrassing evening back in 1993 mourning Pantera singer Phil Anselmo’s untimely death.  The word was he had dove off of the stage and the crowd had parted, unwilling to take seriously their responsibilities as members of the metal community, allowing Phil to slam into the floor. His neck broke and he was pronounced dead in the pit.  The injustice!  I remember mournfully looking at the sky and shouting “I would have caught you, Phil!  I would have caught you!”