The Persecution and Assassination of Stan As Performed By The Inmates on Aisle Five of A Waldbaums Supermarket In Piscataway, New Jersey Under The Direction of The Marquis de Sade

Posted by Keith Spillett in Pointyheaded Highbrow Stuff on November 20, 2014 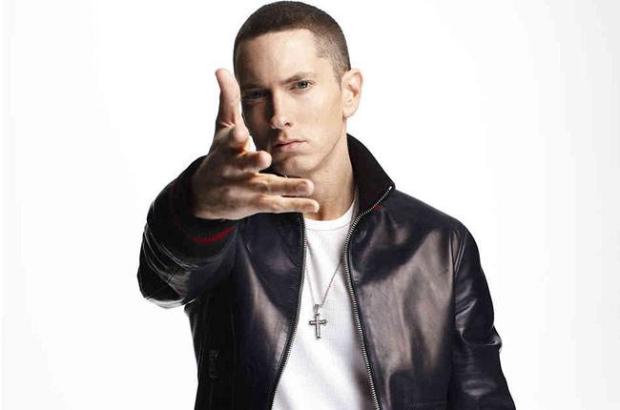 Either Eminem Or That Dude From Prison Break. I’m Not Sure.

An Amish farmer, a can of pinto beans and a moose awaken in a large round cylinder. The sides are smooth. The walls are about 200 feet high. They can see the moon and the sky, but are completely unaware of where they are.

Amish Farmer: Where are we?

Moose: I’m not sure, but it doesn’t look like there is any way out.

Everyone looks around for a few seconds

Pinto Beans: Hey…what’s that Eminem song where a fan is writing him a letter while driving drunk off of a bridge with Eminem in the trunk of the car? The one where he says “My mom’s a yeti”?

Amish Farmer: Isn’t that Stan? Or Lose Yourself? Or both?

Pinto Beans: I can’t stop thinking about it. It’s really confusing. How does Eminem get out of the trunk to get the letter? And why is the guy writing a letter while driving with a 5th of vodka in him? If the guy Stan is dead, wouldn’t Eminem be likely to be dead sinking to the bottom of a pond too? And besides, if Eminem’s already in the trunk of the guys car, why doesn’t he just open the trunk and tell him this stuff instead of drinking, driving and writing? And why is that chick Spiro or whatever her name is singing? Where the hell is she in the car?

Pinto Beans: Maybe all his crew up at 9 Mile sold him for some 5 XL hooded sweatshirts and Stan bought him, chloroformed him and put him in the trunk. The problem again is…aren’t there much more efficient ways to kill a man if this is your intent? And, if you are aware that you are driving into a lake killing the guy you are writing the note to, does it ever occur to you that he’s not going to read it???

And if both Eminem and Stan are dead, who wrote and performed the song? Maybe that’s why they got that Pedro girl to sing the hook. There were things Eminem didn’t record before the car sunk and they needed to cover up the missing spots.

Characters all collapse onto the floor. Stage goes dark.

Orchestra begins playing the opening from Seasons in the Abyss by Slayer. Characters arise and stare at their surroundings, then each other. Music fades.

Pinto Beans: Maybe he was losing oxygen, becoming detached from reality and BELIEVED his mom was a Yeti

Voice of Marquis de Sade From Above: Or maybe the trauma brought back repressed memories of being raised by yetis before they dropped him off in a basket with a note pinned to it in front of that trailer park out at 12 mile.

Pinto Beans: And KIM…”his mom” found the note and adopted him.

Moose: And then, later, we find out that Stan, the guy killing him in the trunk of the car is actually the same one who pinned the note to him when he was a baby in a basket.

Pinto Beans: And the yetis believed he needed to be destroyed because he had the location of their yeti base in the Falkland Islands and they were worried he might remember and sell his secret to the CIA.

Amish Farmer: Eminem was never in the trunk, Dodo or whatever was in there.

Pinto Beans: And then, he had to kill Kim and bury her in his closet because she was going to tell Stan where he was hiding.

At this moment, a giant ostrich flies into the cylinder attacking the can of Pinto Beans. The moose and the Amish farmer grab the can of pinto beans and begin beating the ostrich. The ostrich collapses to the floor.

Ostrich: (uttering its dying words) It’s Stan’s girlfriend in the trunk and Stan is talking into a tape recorder. 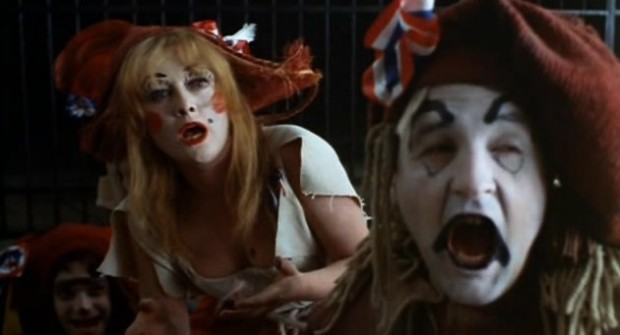 Orchestra plays Napalm Death “You Suffer”. Characters arise from their positions on the floor again.  When the orchestra finishes, they are led out in front of the audience and executed by a firing squad.

Pinto Beans: Why the hell is she in the trunk? Obviously Stan didn’t know who Bilbo or whatever her name was. So he just grabbed this woman out on the road and killed her? Because he thought she was Eminem? Or maybe she knew about the yetis too?

Moose: If he is in a car driving his girlfriend into a lake, as you say, and talking into a tape recorder….how does Eminem get the tape???  It’d be water logged and useless.

Moose: But where does that Jojo girl fit in.

Amish Farmer: He says in one of the letters “My girlfriend’s pregnant”, so we’d have to assume that Doro is his girlfriend since they’re sleeping in the same bed and she’s pregnant.

Pinto Beans: I like that song…I’m just concerned that if you follow it to it’s logical conclusions Eminem is dead and has been replaced by some sort of genetically rebuilt cyborg and yetis could take over Argentina within a matter of hours. Is this the world we want for our children?

Amish Farmer: Also, he never got the tape, it was confiscated at the crime scene, and Eminem is responding to a letter Stan wrote after he died, connecting the dots and realizing that the dude on the news who did that was Stan and the chick in the trunk was his girlfriend.

Pinto Beans: So Eminem wrote this guy a letter to tell him that he knocked up his girlfriend Nynex or whatever? No wonder he’s pissed! It’s Eminem’s baby in her body. What, is Stan supposed to raise Eminem’s son cause he had an affair with some groupie after some show in Las Cruces, New Mexico? I can’t agree with his actions, but you can imagine the rage he was feeling.

Pinto Beans: This Stan guy is something else. First, he kidnaps a well-known rapper. Second, he helps cover up a thousand year old yeti conspiracy. Then, he kills his girlfriend for cheating on him with Eminem….but the capper is that Stan wrote the damned letter after he died!!!!! Stan should have a damn Grammy for doing all that.

Amish Farmer: Where does Mekhi Phifer come in?

Pinto Beans: So…wait…I got it. Stan’s girlfriend wrote the letter after he was dead to honor his dying wish or something.

Moose: But SHE’S dead too!

Pinto Beans: And, we still haven’t really explained why Libido or whatever she’s called is in a car where two people die and she is untouched. Unless, as you claim, she and the girlfriend are the same person. But…then who is alive to sing the chorus? 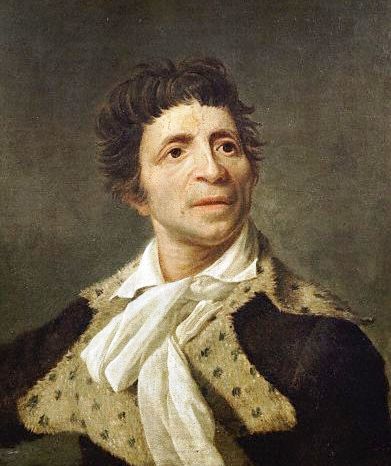 The Marquis De Sade looks into the giant cylinder. His face covers most of the sky and light coming in.

Pinto Beans: But why would they pre-record it if they didn’t know it was going to happen? They couldn’t have predicted the accident or the song or the letter. The only thing that can explain this is that they put that Faygo chick in a time machine and sent her to the future, pulled her back through the vortex of time and plunked her down in a studio.

Amish Farmer: Stan planned it because he wanted to be with Eminem, so he made sure Dayglo went to record the track beforehand to be sampled in the song about him that Eminem would make because he and Eminem are the same person.

Moose: Going back to Mekhi Phifer. I’ve been thinking long and hard about the this angle. He might be the guy pulling all the strings. Like E. Howard Hunt did when the CIA and The Dole Pineapple Company conspired to kill JFK and Duane Allman. Also, he might be an Argentinian spy trying to locate the Yeti base before the nation is overrun by the beasts. Or, he could just be some friend who grew up with M at 5 mile and got sucked into one of the greatest criminal conspiracies of this century unwittingly. We might never know.

Pinto Beans: I used to own a copy of that Eminem DVD 8 Kilometers or whatever. I enjoyed the film. One day, the disc went missing. Haven’t seen it since. If that doesn’t tell you how deep this conspiracy runs, you are blind!

Moose: Stan planned the thing and had the tracks sung in advance knowing Eminem would write the song about Gogol being murdered in the trunk after singing the chorus…that’s genius. I think you might have solved this!

Pinto Beans: But what about the yetis?

Act 3 continued with no changes or stoppage of conversation

Amish Farmer: Gogol Bordello is giving birth to the yeti and made Stan drive the car off the bridge.

Pinto Beans: I thought Gogol birthed a nose, but I get her and her sister mixed up.

Moose: Not that I approve of him killing Nacho…but to plan all of that to get Eminem to write a song about him….knowing….KNOWING….Queso’s death would lead him to write the song. Criminal mastermind!

Pinto Beans: Maybe he even faked his own death. And he’s living on the Yeti base in the Falkland Islands. From what I’ve seen, the guy is capable of anything.

Silence. The characters look around nervously.

Pinto Beans: I’m not directly blaming a yeti for stealing my copy of 32 Degrees Celsius…but coincidences like this don’t happen everyday and when they do, they are not coincidences!

Marquis de Sade: (shouting from a long distance away) Stan never killed Eminem. He killed his girlfriend. Eminem was the one he kept sending letters and tapes to and Em wasn’t responding and that’s why Stan went off the edge and did what he did. And the singer’s name is Dido.