On An Easter Egg Hunt With The Cancer Bats

Posted by Keith Spillett in Articles I Probably Shouldn't Have Bothered Writing on April 8, 2012 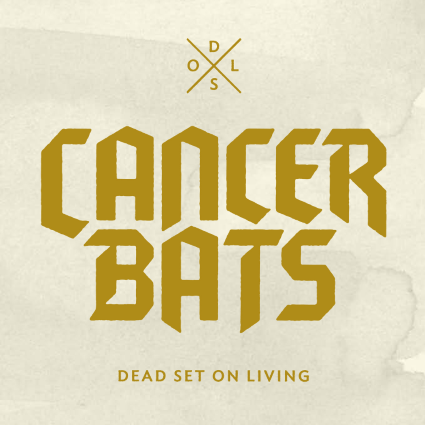 So there I was, participating in that most shameful American rituals, the Easter Egg Hunt.  Swarms of children knocking each other over, screeching at the tops of their lungs in the desperate hopes of laying their greedy little mitts on as many plastic eggs as they possibly can.  The whole exercise functions as a wonderful metaphor for American style consumer capitalism.  A bunch of wild-eyed humans released upon an uneven field with the goal of filling their baskets with as much stuff as possible.  Sure, everybody gets something, but those who are bigger, stronger, faster and, most importantly, start at the front of the line tend to get more.  All the while, this being a function of one of the local mega-churches, crackpot religious explanations are given for nearly everything.

“You know who really put these eggs out here, son?  Jesus Christ.  See, he works through us.  Remember that when you are eating those Skittles,” muttered a used car salesman looking church elder with game show host hair. 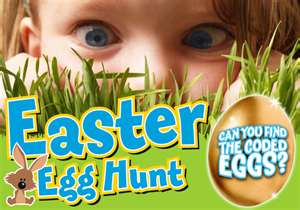 It was around that moment that I realized that if I didn’t put my headphones on immediately and listen to something angry I was going to tear my shirt off and run around howling like Lon Chaney.  These were the exact conditions under which I came into contact with the new Cancer Bats album “Dead Set On Living”.

I should admit up front that this hardcore punk metal hybrid thing never really did much for me.  Around the time Hatebreed and Converge were coming out I was busy trying to prove to the world that I was so metal that unless it came out in Europe, was from a band that had been around since Carter was President or had been approved by at least six members of the Central Committee that I couldn’t be bothered it.  It is really a shame, because I missed some pretty intense music and probably would have been easier to be around had I been a tad more open-minded.

Listening to the driving groove of the opening track “R.A.T.S” while watching a husky five-year-old girl rip an egg out of the hands of some pigtailed three year old seemed particularly fitting.  The whole scene was menacing.  The tone of the album helped me imagine the children turning into brain-thirsty zombies.  Somehow, instead of the eggs being filled with the sugar-laced, sunshine of God’s love, they were contaminated with some CIA tested drug that morphs children into predatory beasts.

The Cancer Bats singer Liam Cormier takes some getting used to.  He’s of the high pitched death wail school, which usually makes me a bit edgy.  It gets better as the album goes on, particularly because he offsets it from time to time with an almost David Lee Rothian snarl.  The guitars are what really what grab you.  They tend to create short, punchy, memorable riffs that carry you endlessly forward and flow from a nearly bottomless pit of energy.  About three listens to this record are all you need to be thirsting for it every second of the day.

Meanwhile, the kids began to get this panicked look around the time they realized the eggs were nearly gone.  Something like the expression they’ll have in twenty years when they are sitting in their car waiting to get gas for three hours.  I cranked the music louder steeling myself for some sort of toddler riot.  I knew I could handle a few of them, but if the whole group turned on me they’d tear me to ribbons.  Finally, mercifully, the eggs had all been collected and the mob was redirected with little violence towards a sea of bouncy castles in the church parking lot.

The whole experience was perplexing for me.  Here I was, surrounded by all that is supposedly good and right with the world. Except every bit of it felt dirty and degrading.  The only thing that seemed remotely moral to me was the driving rhythm of the music in my headphones.  I sunk into a moment of genuine despair as I realized that I might never be able to reconcile my values with those of my culture.  Maybe I was an alien.  Maybe I was simply wired wrong.  Would I ever be able to understand how people could find joy in moments like this?  Then, out of nowhere, my beautiful three-year-old daughter took my hand, looked at me and smiled.  And everything was okay.