An UnInterview with Josh Elmore From Cattle Decapitation; I Bought My Kidneys At Costco

Posted by Keith Spillett in People Who Were Willing To Speak To Me on May 12, 2014 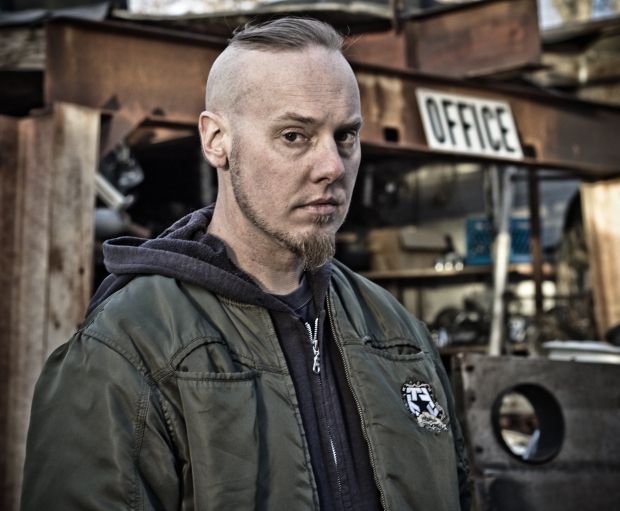 This Is Josh Elmore. He is in Cattle Decapitation. He is wearing a green jacket.

As General Douglas McArthur said only moments after the Battle of Norway at the end of World War 7, “why interview someone when you can ask them questions that they are asked to ignore and answer anyway they want?” I fully subscribe to this philosophy and have tattooed these words on my inner thigh along with a picture of Bob The Builder wearing a Slayer shirt.

Cattle Decapitation is a band and Josh Elmore is in it. He agreed to be unInterviewed only if I promised not to mention him by name or say what band he is in. He claims to play guitar in the band in spite of that fact that I insisted that he played saxophone for Spiro Gyra. I met him to discuss the band and his time as a professional male model in Botswana in the 1920s outside of a Starbucks coffee that he had set fire to only minutes earlier. The last few questions were asked as we were hiding from the police and several walruses under a canoe in the back of an elderly person’s house.

There are 34 different breeds of bunnies.  One is called the dwarf bunny.  It fits in the palm of your hand.

1.  I have heard Cattle Decapitation has the lowest prices. How would someone join?

Fans can wait about a year from now to be entertained by Cattle and the Decapitations fresh new “effort” which the band is apparently half way through writing at present. Expect less blatant late-90’s JL America roster rip-off artistry and more straight up Mordred worship.

2. My uncle has cholera?

It’s a seemingly odd but consistently observable trait that certain males like to project a tough guy image, yet always have at least one element to their persona that is a bit dandy. Maybe it’s some genius strategy to put off potential rival males vying for power, a mate or status. When you’re getting beaten up by some guy from Connecticut who’s wearing an Orlando Magic jersey, copious amounts of Dep and a Defiler flat-brim, it is hard to not laugh when all you can picture is them telling their mom that they’re just taking this one semester off or that they don’t know anyone who “does coke.”

I’ve become more convinced that people who label themselves as Libertarian are just living in the stage of suspended animation between youthful liberalism and fully embracing their parent’s reactionary small-business conservatism. There’s a totally different generational mindset, y’know? I have lots of black friends.

Do you think Ron Rinehart eventually hooked up with that blonde chick he was macking on during the Ultimate Revenge 2 show? I think she might’ve just been being nice.

5.  My back hurts when I lift heavy objects?

There is no middle ground with metal dudes. Either they are simultaneously working on 10 different musical projects while pursuing their doctorate in existential philosophy or they’re looking to celebrate their promotion to shift manager at Auto Zone by downing some beers and cranking some METAL. At least that’s what Facebook told me.

6.  If one day you found yourself trapped in cellar in Des Moines, Iowa with only a crowbar and a copy of Time magazine from 1947, what album would you listen to?

Ever notice how “the Midwest” is the new “the South?” Apparently the newly defined geographical location of said “Midwest” is anywhere east of Vegas and west of Philly. Talk to any 22-year old from Orange County for more than 5 minutes and they’ll be sure to mention that they’ve been to Bhutan 6 times but never east of Phoenix, cuz like, why? LOL

The Internet has been the death of finding stashed pornography in a ditch or at the forest preserve. This rite of teen male passage is now extinct. It makes me want to slug Al Gore in the feedbag.

Have you ever had camel’s milk? All I could compare the flavor to is a combination of that burnt pasta smell/taste and the odor of grandma’s recliner.

9.  Sometimes, when I’m alone, I stare at a picture my grandmother painted back in 1963. I’m pretty sure there is another painting underneath, because it looks like there are additional arms coming out of the body. But, sometimes I wonder if she INTENDED it to look like. Almost like some sort of optical illusion. Like Escher, but not as detailed. Honestly though, that’s quite inconsistent with her style as an artist. But then, Picasso went through many phases as an artist. Maybe this was just some sort of experimental thing she did one time, but never repeated.   Are you wearing pants?

If you are as sick of dealing with ill-disciplined stump-broke calves as I am, it would be wise to appeal to the animals’ more base appetites in order to modify and eventually squelch the defiant behavior. Swirl your finger in about a tablespoon of blackstrap molasses and then let the calf satisfy itself with the viscous treacle. You will have a domestic beast that is now all too willing to pursue your task regimen (both in the field and repertory) in hopes of a sweet reward.

10.  If you had to tour with one band on the planet, would Gandhi still be alive today? If so, would he look like Eli Wallach? If not, will you recognize the People’s Republic of China?

(Editors Note:  At this point, Josh provided a link to a video as a way of not answering this question.  If you click here, you will see it.  If you don’t click on that last sentence you won’t.  You will be missing out and will be racked with guilt and emptiness for the rest of your natural life)

11.  Satan? If so, Gary Coleman? If not, elephants have babies, why can’t plants?

It is time to put a stop to this lemon in the water trend at restaurants. Did I ask for that? No? Then get that disgusting thing out of my water. People have said; “they’ve always done that.” LIES. In my nearly 4 decades of existence I cannot remember any time except the past couple years that lemon is in everything. Do I throw a carrot in your Dr. Pepper? NOPE. I don’t want to smell that citrus reek on your fingers or stinking up the break room at work. The next person I hear say “but it’s so refreshing” is getting a roll of quarters to the jaw.

Posted by Keith Spillett in General Weirdness on September 4, 2012 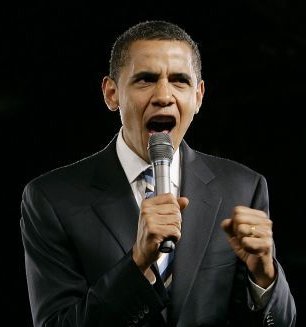 On the eve of this years’ Democratic National Convention, President Barack Obama is facing tough criticism from death metal legends Carcass.  Obama, who regularly uses the splatter-grind classic “Regurgitation of Giblets” as intro music before his speeches, was asked to “cease and desist” from using the song until his policies match “the spirit in which the song was intended.”

According to Carcass singer Jeff Walker, “Regurgitation” was meant “to address the deeper themes of dehumanization in the work place, consumer alienation and the effects of modernity on the human form.”  Guitarist Bill Steer reiterated Walker’s statement and added, “The song certainly wasn’t meant to help elect the President of the United States, a nation that is, after all, the largest dehumanizing, alienating force in the history of organized society.”

Obama, a die-hard Carcass fan, had been using the song to contrast the campaign’s message of stability and progress with the Republican themes of blind panic and race-baiting.  He has even managed to use lines from it in a campaign speech in Dubuque, Iowa last month.  “Romney’s America is one where the average American will be spewing up his or her collective sanguined guts into a wooden box.  I ask you, do you want to be trapped in that type of sarcophagus?  Is that the sarcophagus we want for our children?”

In deference to Carcass, the Obama campaign will no longer be using the song.  They have decided to switch to either Clinton era favorite “Don’t Stop” by Fleetwood Mac or “Epitaph of the Credulous” by Suffocation.  However, the campaign plans to keep distributing the 30,000 Carcass themed “Festerday In America” pro-Obama tee-shirts  that they have been handing to supporters at campaign rallies.

This is not the first time that an American political campaign has run into trouble over the use of a song.  Back in 1984, Bruce Springsteen strongly objected to Ronald Reagan’s use of “Born in the USA” as a campaign anthem.  In 1840, the band Cattle Decapitation went to court to stop William Henry Harrison from using the song “I Eat Your Skin” in several television commercials.

Occasionally, however, metal bands lend their support to help a campaign.  In 2000, metal godfathers Death re-recorded their first album under the new title of “Scream Albert Gore”, in order to support the Democratic Presidential candidate.  While Gore did not become President, the album was credited with helping him win the hotly contested State of Florida in his campaign against George W Bush.