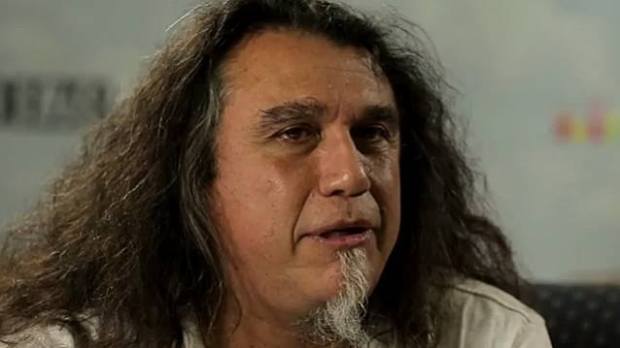 LOS ANGELES – Kerry King aired his frustration about the lyrical direction of the next Slayer album in an interview on the Fuse Network today, stating that frontman Tom Araya won’t stop submitting song lyrics about retirement.

“Tom keeps writing all these lyrics that at first seemed weird and dark,” said the famously grumpy guitarist, “but now I’m not really sure what he’s really trying to say.”

“This early one, ‘The Final Sleep’, sounded cool and promising,” he continued, “but then he started handing in stuff that started getting way off-base.”

As King leafed through the stack of material, songs with titles like ‘The Charade is Over’, ‘End of the Line’, ‘How Much is Enough’, and ‘Let Me Rest’, were all visible, and the condition of the pages became visibly more ragged as newer entries were examined. Finally he arrived at the most recent submission, which was simply a cocktail napkin with the word ‘STOP’ written across it in black magic marker.

“What am I supposed to do with this?” asked King as he held up the napkin, “and look at this one – ‘401K’? What the hell? I originally thought it was another serial killer reference, but now I’m not so sure.”

Araya and the late Jeff Hanneman were known for collaborating on some of the band’s most memorable lyrics, and many fans had already voiced concern about Slayer’s direction in the wake of Hanneman’s passing.

When asked about the outcome of the next album, the lead axeman remained confident, stating, “I have written plenty of lyrics for Slayer, so it’s not like I can’t handle this myself. Tom’s welcome to contribute, but he’s going to have to give me something better than songs about driving an RV, fishing, or spending time with family.”

Tom Araya could not be reached for comment, as he was reportedly at home and watching television while stretched out on the couch.

This entry was posted on December 14, 2013, 2:19 PM and is filed under General Weirdness, Totally Useless Information. You can follow any responses to this entry through RSS 2.0. You can leave a response, or trackback from your own site.