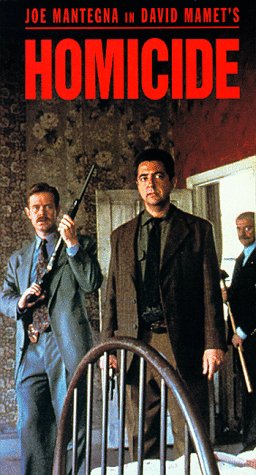 “A Grandma is at the shore in Florida with her little Grandson. The grandson is playing on the beach when a big wave comes and washes the kid out to sea. The lifeguards swim out, bring him back to the shore, the paramedics work on him for a long time, pumping the water out, reviving him. They turn to the Grandma and say, “We saved your grandson!” The Grandma says, “He had a hat!””

Bobby Gold was born to die a thousand slow deaths.  His is the pain of a man without a country.  Homicide is his confession. The confession of the man that can never be whole.  He is the first through the door, the last to leave the gym.  His mistakes must be rationalized or his coat of armor will become tin foil.  He has an answer to every question even before you ask it, because he cannot afford to show an ounce of skin.  He must convince them of his worth.   He must be more than human or else they will see him. Then, they will know.

Bobby Gold, set to wander the desert into eternity.  He must be exceptional or he is lost.  He is the map of human misery.  Bobby the Nomad.  Every time he finds a river he drinks a mouthful of sand.  He knows that you see him and he thinks you won’t let him forget it.

His is the story of the self-made man.  What becomes of the self-made man when he stops creating?  What if he gets tired?  What if hasn’t the strength to work at the rate to which he has become accustomed?  No one will catch him if his arms and legs cramp up. He knows this as surely as he knows how much time it will take him to get there 15 minutes early.

He looks around at people and instead sees the ocean.  The ocean is still and never needs anything more than what is given.  The ocean is a mystery to him.  Who built it?  How does it hide its shame?  In his hands are a set of tools from which he must construct himself.  From nothing.  From the ground up.  He must explain himself over and over.  He recoils, overwhelmed by the fear that they’ll recognize the sadness in him.  He explains and explains and explains never making the point that is so obvious to anyone who takes a moment to look.  And he hopes his explanations will blind them to the truth.  And he hopes they’ll see him and forgive his existence.

He looks enviously at those who have never had to work a day in their life to exist.  Some people just wake up and “are”.  He must invent.  He must create.  All of his actions reek of existential survival.  Bobby is a reminder of how fast a man must run to not fall down.  The faster he runs, the closer the oblivion he gets.  It is gaining on him, always.

Bobby Gold, never to know the stillness and quiet of a dreamless sleep.  Haunted by his visions of wholeness.  Mocked by his own creations and talents.  Bobby hears with a third ear.  He is haunted by the stumbling footsteps of those who do not belong.  The flesh on his neck stands at attention when he is near them.  He doesn’t need files and he doesn’t need a map.  He knows the look.  He is blessed with the curse of understanding.  As like is drawn to like, as “a dog goes back to its own vomit”, as pain seeks out pain.  He is them and they are he.  Outcasts.  Alone in a crowded universe.

Bobby Gold, born to see what people pray to have the strength to ignore. Bobby the Outcast.  Bobby the Obscure.  Bobby the Stranger Among Strangers.  Bobby the Donkey.  Capable of so much, but unable to hide the absurdity of his being.  Imploring the world to see him for what he does and not what he is. Doomed by the pain of the man who can never be more than he can build.

This entry was posted on October 19, 2011, 2:26 PM and is filed under Pointyheaded Highbrow Stuff. You can follow any responses to this entry through RSS 2.0. You can leave a response, or trackback from your own site.