Posted by Keith Spillett in General Weirdness, Uncategorized on February 14, 2012

In a bizarre but effective demonstration, scores of enraged metalheads showed up last night to protest Rick Santorum’s fake anti-metal agenda last night in Tacoma, Washington.   The protestors, well aware that Santorum hadn’t made the comments about metal that were first reported on this website, decided that he had said and done enough repugnant stuff in his time on the national stage to deserve their wrath anyway.  Santorum, who was speaking only seconds away from the Metalheads and the Occupy Tacoma Protestors, spent most of the night ignoring the protestors and saying essentially meaningless things to the crowd who applauded wildly for no reason in particular. 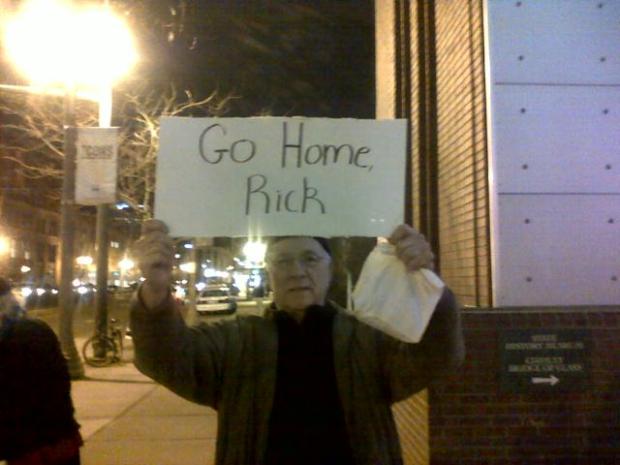 Glen Casebeer, writer for The Northwest Music Scene, who was at the rally noted that the evening was “volatile at times”.  Protestors, packed together like sardines, spent a good portion of the night arguing with wild-eyed Santorum supporters who were emblazoned by the full moon and scent of human blood.  The night featured the predictable glitter bombing of Santorum along with Tacoma’s shock troops getting a chance to use their tasers on a few people who were practicing their First Amendment right to free assembly.  All things considered, it was a fine night for the democratic process. 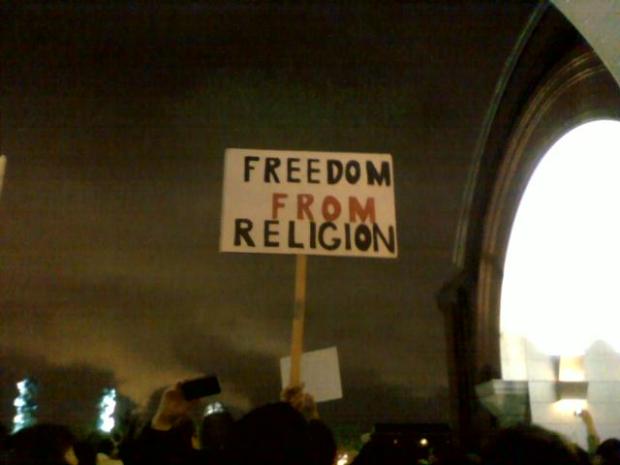