Posted by Keith Spillett in General Weirdness on March 26, 2012 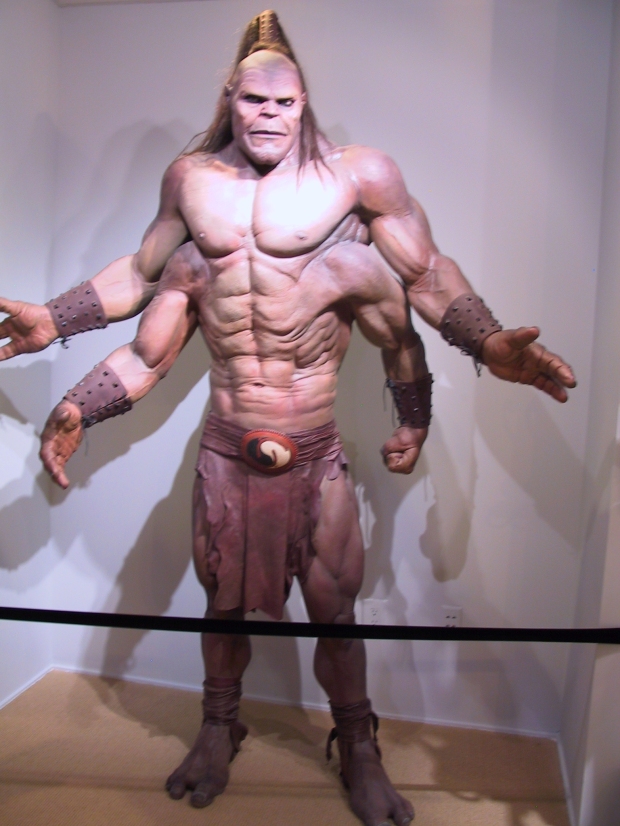 Eventually, Father Time catches up with us all.  Former Slayer drummer Dave Lombardo was once thought to be the undisputed greatest metal drummer on earth.  Scores of adolescents spent many a Saturday night watching Headbangers Ball and air drumming his fills from the beginning of “Seasons in The Abyss”.  Nearly every great young drummer used to be called “the next Dave Lombardo”.  Then, at some point, the world caught up with him.

“Some of the new wave of drummers are just quicker today.  They have taken my style and improved it with a youthful energy that it’s hard for a 47-year-old to match.  I needed something to get my edge back,” said Lombardo last night in an exclusive Tyranny of Tradition interview.  What Lombardo did was both amazing and terrifying.  In a first of its kind surgery, Lombardo had two additional arms added to his body.  The arms are functional and just as useful as the two he was born with.

The possibilities for Lombardo are now nearly endless.  His drumming style will most certainly take on a uniqueness that the metal world has never thought possible.  He will also probably become an amazing juggler and will be able to put away groceries with the speed and dexterity his family has never seen. But, the deeper ethical concerns about a drummer being able to add limbs was the talk of the metal world after Lombardo’s announcement.

“It’s not right that someone can just have limbs added to be a better drummer,” said Battleax Kidneystone, drummer from the death metal band Malignant Pancreas.  “If a major league baseball player added extra legs to run faster there is no way they’d let him play.”

Others, like Chainsaw Bloodcolon, from the band Carpathian Impetigo Sore, were less concerned.  “If he wants to run around the rest of his life looking like a freak, I say, let him.  I’m sticking with the two arms that Satan gave me.”

Still, Gene Hoglan, the recently named Commissioner of Metal Drumming, is looking into whether Lombardo should be allowed to play for Slayer on their next tour.  Hoglan, who recently ruled that performance enhancing drugs like beer, crack and Moon Pies were allowed for drummers, is faced with an even more challenging issue here.

Some argue that this could lead to a slippery slope where drummers will have more and more arms added to be competitive.  Imagine if Sean Reinert from Cynic decided he was going to add 10 arms and 14 legs.  Dream Theater would take Mike Portnoy back in a second if he showed up with no less than 100 additional limbs.   The next phase would be guitarists having additional fingers and singers having additional mouths with separate voice boxes.  Think of how many strings a djent guitarist could put on his instrument if he had 52 fingers to play with.  It is possible that if Hoglan allows Lombardo to keep his additional arms, the metal scene in five years will be indistinguishable from a circus sideshow.

However, if Hoglan rules against Lombardo, the case will surely end up in court.  As most legal scholars know, the 2nd Amendment to The Constitution guarantees the right to bear arms.  “The founding fathers wanted us to have life, liberty and the pursuit of additional limbs, otherwise they wouldn’t have written it down.  Besides, what is more American than using technology to grab every possible competitive advantage over others,” said Lombardo.  “Being a highly successful four-armed mutant is, in many ways, the American Dream.”