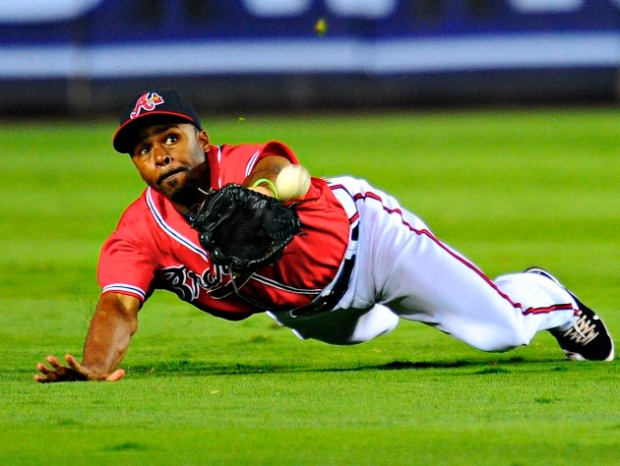 If you’ve been anywhere near a television over the past 3 months, you’ve probably heard the name Mike Trout.  No, it’s not a dish at your local Red Lobster or the brother of Kurt Vonnegut’s most famous recurring character, rather Mike Trout is a professional baseball player for the Anaheim Angels.  He has put up legendary numbers since being called up to the Major Leagues and has some fans thinking he might be this generation’s Bryce Harper.  Here are a few things you might not know about Mike Trout….

Mike Trout hit .413 in the month of July making him the first person with an artificial lung to hit .400 for a full month since Claudell Washington did it in 1807.

Mike Trout is the first baseball player in history to score three times on the same play.

If you say Mike Trout three times in front of a mirror, you turn into famed novelist Toni Morrison.

Mike Trout has more RBIs this month than all 44 U.S. Presidents COMBINED

It is a state law in New Jersey that if a catcher catches Mike Trout stealing second base he is to be fined a thousand dollars and can face up to six months in prison.

Mike Trout once plucked a dying sparrow out of midair on his way from first to home on a single.

Mike Trout was born with 14 fingers on his right hand.

If Mike Trout continues on his current pace, he will have played in more consecutive games than Cal Ripken by 2017.

If Mike Trout left Houston traveling at 20 miles per hour he would in Seattle within two hours.

Mike Trout has been cited by William Faulkner as the major influence behind the novel Absalom!  Absalom!

Mike Trout was born without a ribcage.

Mike Trout is the first major leaguer to have no vowels in his first or last name.