The Curious Case of Tommy James and The Shondells

Posted by Keith Spillett in General Weirdness on November 25, 2011 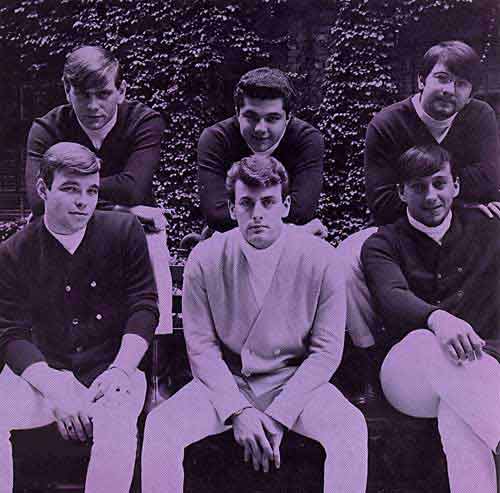 One of the great, but somewhat forgotten bands in the history of American pop music was Tommy James and the Shondells.  Chances are, if you’ve spent more than an hour of your life with the radio on, you’ve heard one of their hits.  They were responsible for chart topping classics that ran the gamut from the #1 hit and rock anthem “Crimson and Clover” to the sundrenched, psychedelic classic “Crystal Blue Persuasion”.  They had hits like “Mony, Mony” and “I Think We’re Alone Now” which were made into even bigger in the 1980s by Billy Idol and Tiffany respectively.  They were responsible for writing the theme song to the television show “Bonanza” and created the entire soundtrack to the Wes Craven’s horror standard “Last House on The Left”.   Yet, miraculously, few people know the mind-blowing story of their bizarre careers.

Tommy James (born Thomas Gregory Jackson) came into the world on April 29th, 1927 in Kalamazoo, Michigan.  From an early age, Tommy, as his friends called him, overcame great adversity.  Tommy was born with several additional limbs, including an arm that jutted out of his back and two additional legs that sprouted from slightly below his right knee.  James lived in this awkward and uncomfortable state until he had the additional limbs removed at age 16.  By that time, James had become somewhat of a music prodigy.  Before the removal of his extra arm, 8-year-old Tommy wowed the elementary school talent show crowd with his ability to play all of Beethoven’s “Moonlight Sonata” on guitar while doing a full handstand.

Music was Tommy’s first passion, but it was his skills as a twirler and football player were legendary in the state of Michigan by the time he began considering college.  Tommy was a dual threat quarterback who was known for his majestic playmaking ability, as well as the fact that he is the only football player in modern memory to also do the halftime shows for his school.  After passing for 427 yards and 8 touchdowns in the first half of a game against rival Warren G. Harding High School, James came out and did a flaming baton routine that is still talked about locals today.  Tommy was offered football scholarships to Ohio State, Michigan, UCLA and Notre Dame, but decided to dedicate himself to music fulltime when he turned 18.

Tommy played with several bands but quickly became frustrated with the music industry.  On his 26th birthday, Tommy made a decision that would forever change the course of world history.  After reading a newspaper article the corrupt dictatorship of Cuban strongman Fulgencio Batista, Tommy decided that the cause of freedom was more important then his music career.  He packed up his backpack and got on a boat for Cuba that very day.  While he was there he quickly became close friends with several revolutionaries, including future leader Fidel Castro.  Tommy spent the next ten years working with Castro and an Argentinian doctor by the name of Ernesto “Che” Guevara to overthrow the dictatorship and to bring economic equality to the Cuban people.

Tommy became disillusioned with the Castro regime in the early 1960s and eventually had a falling out with Fidel over Cuba’s alignment with the Soviet Union.  He was expelled from Cuba and told he would be executed if he ever attempted to return.  Tommy decided he needed to find himself spiritually and moved to Tibet.  After spending a year of his life herding yak, he met a group of four American expatriate musicians who lived in the mountain village of Shondelli.  While sitting at the foot of Mount Everest and discussing the path to enlightenment, these five men together wrote the song “Hanky Panky”.  Knowing it would certainly become a hit, they returned to America with stars in their eyes.  Sure enough, Tommy James and the Shondells scored a number one single with the song in 1966.

From 1966 to 1970, the band produced a string of Top 40 hits and became a regular on such shows as American Bandstand.  One morning in 1971, Tommy woke up and decided that the craziness and excesses of the music industry were too much for him.  He left the scene and opened an exotic pet store in Los Alamos, New Mexico.  The Shondells, left leaderless by Tommy’s disappearance, knew they needed to take action in order to stay famous.  Using a strand of Tommy James’ hair, the band, who had each received PhD degrees in Biology from Harvard University, attempted to clone him.  At first, the clone of Tommy James performed well.  However, before a concert in Cleveland, Ohio in 1973 the clone went berserk and consumed four Girl Scouts who attempted to sell him cookies backstage.  The clone was destroyed and the Shondells were sentenced to life in prison without the possibility of parole until 1998.

After receiving several letters from the Shondells, James, racked with guilt, closed up his pet store and broke the band out of Leavenworth Federal Prison in Kansas with support from 3 members of the Oakland Branch of The Symbionese Liberation Army (who were later known for kidnapping heiress Patty Hearst).  The band hid in the mountains of Colorado for 15 years only occasionally returning to cities to sign copies of their Greatest Hits album.  Eventually, the band surrendered to Federal Authorities in 1987.  However, lady luck smiled upon the band when outgoing President Ronald Reagan pardoned them in 1989 because he errantly believed they had helped smuggle guns and money to the Contras in Nicaragua.

The band relocated to Seattle and began playing slowed down, “grungy” (as they called it) versions of their earlier songs.  A song they had created in honor of their good friend actor Martin Sheen called “Smells Like Sheen’s Spirit” was borrowed by a young musician named Kurt Cobain for his band Nirvana.  Nirvana changed a few words around and the rest was history.  James, who had accidently signed away the rights to the song during a late night card game with Nirvana drummer Dave Grohl, never got over his rage about losing the song.  Weeks before Cobain’s death, James threatened to “feed Cobain to a pride of lions at The Olympia Zoo”.  However, James was never considered seriously as a suspect in the death of Cobain.

After the Seattle years, the band went on to various projects, occasionally reforming for short tours.  However, they never recaptured the hit making ability that they flashed so prominently in the late 1960s. Sure, some bands have been able to write catchier pop songs.  A few bands have even been able to capture the exciting, frenzied energy they were able to create on stage.  However, as far as I know, there are no bands that have lived as surreal and extraordinary lives as Tommy James and The Shondells.