Poll: 67 Percent of Americans Believe Judas Priest Does Not Exist

Posted by Keith Spillett in General Weirdness on June 3, 2014 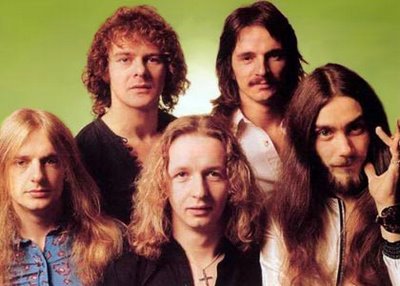 According to a recent poll conducted by the Gallup Organization, 67 percent of Americans doubt the existence of heavy metal rock and roll band Judas Priest. Another 12 percent think that the band was once real, but were replaced in 1987 by Judas Priest-like robots. Another 37 percent think that the government created Judas Priest in order to distract Americans from Obamacare. While the number of believers has shrunken dramatically over the past decade, 58 percent of Americans still believe that Priest is real.

Headed by Able Verruckt, a former Baptist minister once convicted of poisoning salad bars with botulism to weed out “vegetarian sinners”, The Priester movement gained the trust of the American people by pointing out the “obvious differences in Priest members over the past 4 decades.”

Verruckt, who lives in a secluded Y2K bunker in the mountains of Colorado, noticed inconsistencies in the sound and look of Judas Priest when Painkiller was released in 1990. “If you listen to Rocka Rolla then Painkiller it is obvious. Different actors are being used to play the part of Judas Priest. You don’t just go from sounding like Budgie to sounding like Overkill.” 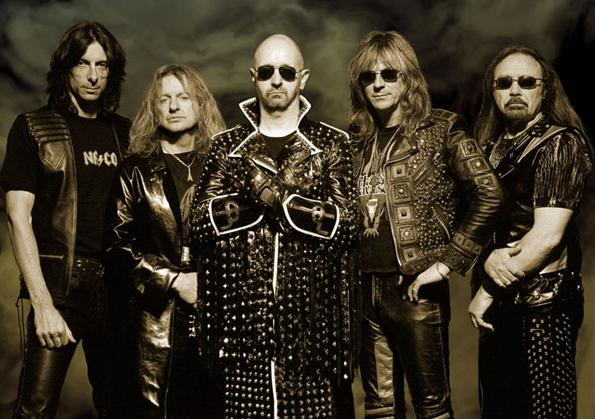 “If you look at a picture of Judas Priest in the mid-1970s and today, they don’t even look alike. I have learned from several sources that Halford was, in the early days, played by CIA agent and Watergate co-conspirator E. Howard Hunt  Over the years, there have been 5 different Halfords, 11 Glenn Tiptons, and 16 Ian Hills. The lamestream media doesn’t want you to know this, but it’s true.”

The question that many people have wondered is why Judas Priest was invented. “After Watergate, several high ranking government officials who were part of the Bilderburg Group realized that Americans had become to curious about the actions of their government.”

“So they created Judas Priest in order to occupy fans of heavier music with songs that carry secret messages. Remember that show trial where the lady said that Priest lyrics played backwards killed her son. That was a false flag operation to distract Americans from the coded messages that exist when you play the record FORWARDS.”

According to Verruckt, if you listen closely to any Judas Priest record closely enough you will hear subliminal messages like “trust FEMA” and “Oswald acted alone”. Metal isn’t the only genre where this brainwashing was used. Madonna, Michael Bolton, Dr. Dre, Huey Lewis and the News, and Zamfir, master of the pan flute, were all on the Bilberburg Group payroll. 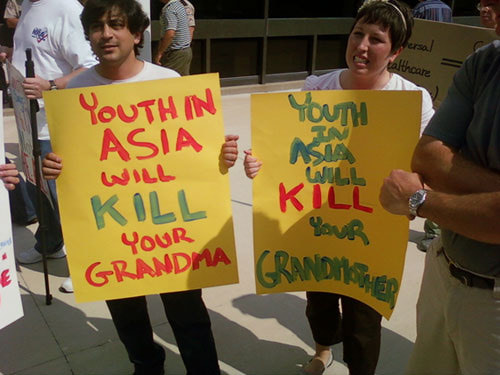 This Seemed To Fit

Many Americans, frightened to the point of insanity by 9/11 and the election of America’s first Kenyan President, have been swayed by the Priesters argument and have begun burning copies of the band’s records. Mable Saugnapf, leader of an Iowa Priester Group known as Grizzly Moms Against Jugulation, was once a Priest fan. She even owned a copy of “Sad Wings of Destiny” back in her so-called “sin after sin days”.

“I used to think Judas Priest was real. When the crisis actor playing Rob Halford came out of the quote, unquote closet, I knew I was wrong. Forces within our government and France were trying to turn us all gay.”

“I realized that the government and the media have been lying to us so often, how can I trust anything they say? Vaccinations, fluoride in the water, chemtrails, HAARP, Dick Cheney planning 9/11, Judas Priest…all part of a bigger picture. When you put the pieces together, you start to see the truth. The greatest trick the Devil ever pulled was convincing the world that Judas Priest exists.”

Buggin’ Out: The Paranoid Style in American Motel Rooms

Posted by Keith Spillett in Existential Rambings, Mr. Spillett's Academy Of Film Study For The Mentally Tormented on December 15, 2010 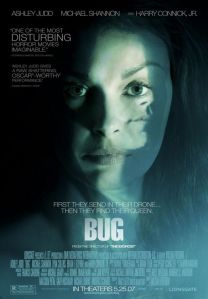 Few films capture the spirit of modern American paranoia better than William Friedkin‘s 2006 film “Bug“.  It is a bleak, disturbing picture of two people consumed by sadness and connected through a shared feeling of conspiratorial persecution. Peter Evans (Michael Shannon) is a drifter who wanders into the life of Agnes White (Ashley Judd).  They quickly find themselves embroiled in one of the more unhealthy relationships in recent film history.  Agnes has barely survived a horrifically abusive marriage and the kidnapping of her young son.  Peter has just finished a stretch some sort of shadowy psychiatric hospital where, depending on who you believe, he was either a severely disturbed escaped patient or a survivor of a series of Operation MK-Ultra meets The Manchurian Candidate type experiments.  Together, they become the proverbial Bogey and Bacall of the Black Helicopter set.  It would be easy to dismiss their ideas as the demented imaginings of two troubled people, but the narrative they construct about the meaning of lives and their relationship to the world is a powerful statement about modern mass hysteria.

Peter gets the paranoia party started by insisting that a mysterious THEY have put bugs in his blood.  He is deeply committed to this idea, to the point of yanking some of his own teeth out in order to remove the egg sacs that are in his mouth.  Quickly, things spiral out of control.  They cover the walls of the room in tin foil, buy up half the bug zappers in Oklahoma and embark on a wild spree of shared psychosis and Dionysian self destruction that eventually annihilates them.  The logic that gets them to this point is nothing short of amazing.  They come to believe that everything that is happening to them is somehow connected to a greater plan.  Peter connects his own experience to sixty years of back room schemes created by a mysterious unnamed cabal bent on completely enslaving the entire human race.  In an amazing monologue, Peter manages to link the bugs he believes to be carrying to The People’s Temple in Jonestown, the Bilderberg Group and their secret meetings from 1954 until the present and even Timothy McVeigh (who was apparently the other lab rat who was given these bugs).  Agnes soon links her own experiences to his and comes to realize that her abusive ex-husband and missing child are also products of the exact same treachery.  It is the “everything happens for a reason” philosophy writ larger than life.  All of these random, non-intersecting parts mean something.  Each person’s life is a giant puzzle where all the pieces fit.  It’s just a matter of collecting them all together and putting them in the correct places and then it will all make sense.  This is the sort of thinking that Kurt Vonnegut lays bare in his book “The Sirens of Titan“.  In that book, the entire arc of human history has been measured and calibrated in order create a replacement part for an alien space ship which will one day have the important task of placing a “greeting” message on a far away planet.  We all have a purpose and that purpose happens to be completely absurd.

“Bug” takes this theme and runs wild with it.  The characters have created meaning for their lives out of a mess of half-baked theories. Peter and Agnes really believe that this crazy composite of events was created for them.  They see themselves as the protagonists of human history.  They don’t simply pick one story as their narrative; they pick every single one that they have ever heard.  The world really does revolve around them.

As I was watching this film I began to wonder if this was an accurate portrayal of the condition of the paranoia that exists in the minds of most Americans?  Since I have never been in the minds of most Americans, I am not really able to say for sure. However, things are getting pretty weird out here in the real world and I have to wonder whether some of this isn’t the product of the same ideas that drove Peter and Agnes into mental oblivion.  After all, there are a good number of people who will tell you that our President was born in Kenya, the National Security Council masterminded the 9/11 attacks, or the Federal Reserve killed John F. Kennedy.  I’m not really interested in debating the validity of the ideas, I personally don’t believe them, but if you do that is really fine with me.   I have a few pretty bizarre ideas about human history myself.  What I find interesting about these theories is that how they illustrate the Woodward and Bernstein fantasy that some people are living.  We are the investigators of some great cosmic puzzle whose pieces are scattered willy-nilly through a series of cultural and political markers.  We are Sherlock Holmes turning our collective magnifying glass on everything.  Media events are not things unto themselves; they are clues that connect us all to a larger picture.

Marshall McLuhan argued in his book “Understanding Media:  The Extensions of Man” that modern technology had “extended our central nervous system itself in a global embrace”.  In “Bug”, Peter and Agnes disappear as individuals and instead try to take on the narrative of the human race as their new identity.  McLuhan saw this loss of identity as a dangerous thing.  He ominously noted that “the loss of individual and personal meaning via the electronic media ensures a corresponding and reciprocal violence from those so deprived of their identities; for violence, whether spiritual or physical, is a quest for identity and the meaningful”  (Canadian Forum, 1976)  This quote is “Bug” in a nutshell.  Two beings entirely destroyed (first as individuals, next as physical beings) by the electric connection to the rest of the world.  If violence is a necessary and eventual component of this search for identity then maybe we do have a great deal to be paranoid of.