Posted by Keith Spillett in General Weirdness on October 11, 2013 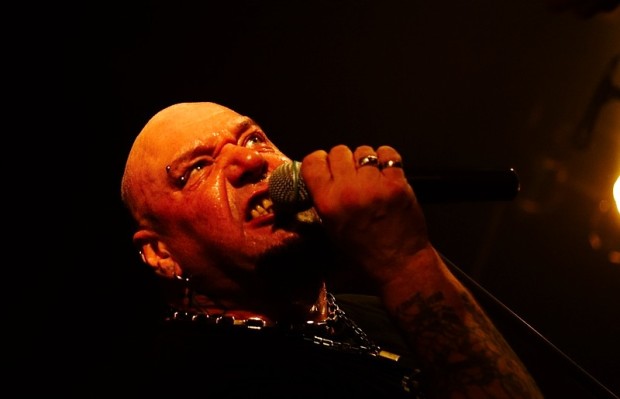 Last night, Caesar’s Palace was the scene of one of the most anticipated boxing matches in recent memory as Humsy, a boxing kangaroo from Perth, Australia, knocked out former Iron Maiden vocalist Paul Di’Anno with a stunning display of speed and power.  Di’Anno had recorded a 17-1 record over the last five years, with his only loss coming in a controversial twelve round decision last October against a bear.  A victory against Humsy would have given Di’Anno a shot to fight Momo the Giant Narwhal, the current reigning MBF heavyweight champion.

Humsy, a relative newcomer to the metal vocalists versus animals boxing scene, seemed unphased by the boisterous Las Vegas crowd.  He danced around the ring, reminding many reporters of a young Cassius Clay, repeatedly pounding Di’Anno with jabs to the face and chest.  Di’Anno landed several solid blows early, but was worn down by Humsy’s vicious bobbing and weaving as well as his years of drinking Koch’s Golden Anniversary, making bad albums and playing children’s birthday parties. 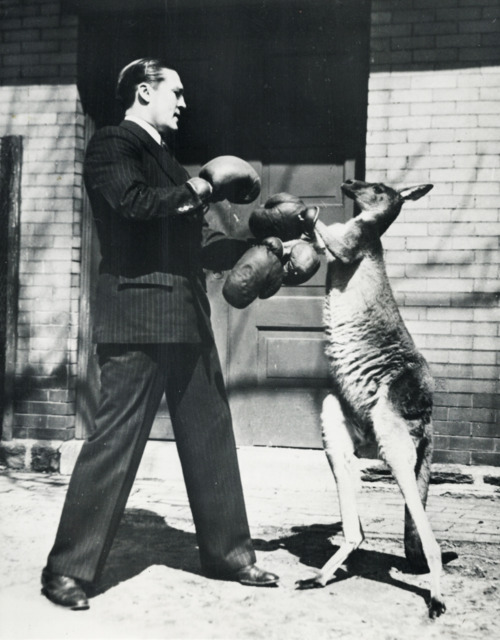 In the seventh round, Di’Anno lunged clumsily at Humsy with a right hook and was left wide open for a left-hand cross that knocked him to the mat for the fourth and final time.  The man who recorded two of the finest metal records in the history of the genre clutched at the ropes trying to pull himself up, but was never able to get to his feet.  As the ref counted Di’Anno out, Humsy was fed a cookie by his handler as and bounced around the ring to waves of wild cheering from the capacity crowd.

Humsy is already looking at a potential pay-per-view matchup against former, current Queensryche vocalist Geoff Tate in a match that some experts have dubbed “The Fight of the Century”.  Tate, who recently pummeled a seal into a coma during a September fight at SeaWorld, is the number one ranked contender for the heavyweight crown.  Humsy’s trainer Angelo Caprice, however, has indicated he’d be open to fighting lesser known vocalists like Metal Church singer Mike Howe, who has fallen on hard times recently and is so broke he can’t afford to pay attention.