Posted by Keith Spillett in Existential Rambings, Pointyheaded Highbrow Stuff, The Politics Of Catastrophe on August 1, 2011 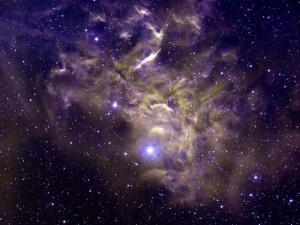 The following conversation took place recently in a mental hospital on the planet Klorg located in the Rumach Galaxy 20,000,000 west of Arcturus.  The patient, Wsghk Z Weryhi, was locked in a padded cell and sedated for his own safety approximately one week ago.  His family brought him in claiming that he disappeared for a day and reemerged exhibiting signs of severe dementia.  We now join an interview between himself and the esteemed Doctor zZefgh W KorgabS already in progress.

(Editors note:  The conversation was conducted in KlorgeanRW, a dialect common in the Southern Provinces of Klorg.  The language and concepts have been adapted so that it can be understood by the primarily English speaking audience of The Tyranny of Tradition)

Dr. KorgabS:  So, I want to go back to what you were saying earlier, about this America you claimed to have visited…

Weryhi:  Doctor, I am sure that I was there.  I snuck into the interstellar dock at the community center and set it for random coordinates.  It took me to America.

Dr. KorgabS:  Okay, so, let’s talk about this America.  I want to make sure I understand what you are telling me.  Please describe this whole, what did they call it, (consulting his notes)…ah yes, this “free market” idea that many of these Americans believe.

Weryhi:  Sure….some of them believe that this system of economics that they have, they call it capitalism, is essentially perfect.  They think that if they all do as they wish and accumulate as many resources as they can, everything will work out for the best for those that make what they like to call “good decisions”.  Basically, some of them actually believe that selfishness is a good quality that is the best thing for the community.

Dr. KorgabS:  (with a perplexed look on his face)  Okay….now Wsghk, you can understand why I’d think this sounds a bit odd, right?

Weryhi:  Believe me, I had the same response.  One of them told me about this fellow named Adam Smith who said an “invisible hand” runs things and allows people acting only in their best interest to be protected.  The invisible hand makes everything work out.  Or, that’s what the fellow in the bowtie told me.

Dr. KorgabS looks down at his information tablets trying not to look concerned and moves on to the next subject

Dr. KorgabS:  And….this democracy idea that most of them talk about.

Weryhi:  Yes!  It was a fascinating thing.  From time to time they actually pick the people who make the most important decisions.  It sounds like a great idea, but what they do with it is bizarre.  Once they’ve picked these “politicians”, many of these people turn around and blame them for everything that goes wrong in their lives.  Even though they were the ones who picked them in the first place!  Then, if the politicians do what they want them to, they pick them again and start blaming them the minute these folks are elected.  It’s amazing!  They seem to take no responsibility for the choices they make!

Dr. KorgabS:  Yes, you seem to talk a lot about how they blame each other.

Weryhi:  One of the most amazing things I’ve ever seen.  One very small section of the population controls most of the resources.  Most of them struggle while a few of them have more than they need.  Yet, many of the Americans blame those who have very little of the resources for making “bad decisions” and ruining things for the group.  Every once in a while, a few of the people with a lot of resources blame other people with a lot of resources, but they don’t really try to change anything.

Dr.  KorgabS:  Do these Americans blame any one else?

Dr. KorgabS:  Fascinating.  Is anyone ever above blame?

Weryhi:  Well, they like to make up stories about these people they call The Founding Fathers.  Apparently, they understood everything and rarely had bad ideas.  The funny part is they use these made up stories to justify all sorts of bizarre actions.  These people seem to have almost limitless imaginations!

Dr. KorgabS:  This is truly amazing.

Weryhi:  Isn’t it.  Some of them believe that this invisible all powerful being, that they have a bunch of different names for, controls everything and tells them what to do.

Dr. KorgabS:  (incredulous) An invisible, all-powerful being that…tells them what to do?  Sounds like that invisible hand thing.

Weryhi:  Yes!!!!  This invisible being idea is so strange.  If things go well for them, they say he did it.  When things are going badly, many of them don’t change anything about their lives, they just close their eyes and pretend to talk to this being.  Apparently, they think this invisible being has some great plan that they are all a part of.  If they disobey the voice in their head, they fear that after they die they will be set on fire for the rest of time.

Dr. KorgabS:  Simply amazing.  And many of them believe all of this?

Weryhi:  Here’s the weirdest part….not only do they believe it, they are proud of it.  Incredibly proud of all of these strange ideas.  They wave flags and have parades to celebrate them.  Without a trace of irony, these people act as if they have found the greatest set of ideas ever created.  They are so impressed with these ideas they are willing to go to war and commit querby so that people will act more like them.  (editors note:  there is no English equivalent to the word querby.  It means something like killing or harming based entirely on a delusion.  It is the worst possible act in Klorgian society.  No one there has committed querby in the past 20 years)

Dr. KorgabS:  They commit QUERBY and are proud of it!!!!  I simply cannot believe that.

Weryhi:  If I hadn’t been there, I wouldn’t either.

Dr. KorgabS:  (standing up and leaving the room) You understand that this sounds pretty far fetched?

Dr. KorgabS: We will be in to check on you and talk more later.  Until then, try not to think about that place.

20 minutes later in Doctor KorgabS office.  KorgabS sits at a desk discussing the interview with his colleague and friend Doctor QwB

Dr. KorgabS:  He seemed so convinced.  The details are incredible.  I have never worked with a patient with such detailed delusions.

Dr. QwB:  It all sounds so crazy.  I mean, the part about the interstellar space travel is quite possible, but this America he described sounds ridiculous.  Does he know it can’t possibly be real?