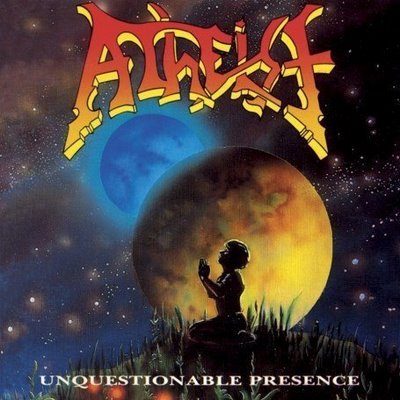 Florida death metal band Atheist thought they were doing the right thing for their community.  They had been scheduled to play a series of concerts during lunch at local elementary schools throughout the Tampa/Clearwater area in order to spread the appreciation of music and the love of our Lord and Savior Jesus Christ.  However, on Thursday, the US Supreme Court upheld a law that prohibits prayer during metal concerts on public school grounds.  In effect, this means that Atheist and other faith-based death metal bands are no longer allowed to pray before concerts at public schools.

A good number of local politicians and parents have denounced the decision, which shocked most legal experts who are used to the government letting people get away with anything they want as long as they invoke the name of the Christian God.  Members of the band Atheist are particularly outraged by the Court’s ruling, which they believe prohibits their constitutionally guaranteed right to pressure young school children into conforming to wildly absurd community standards.  According to Atheist drummer Steve Flynn, “if music can’t be used as a tool of forcing children into the belief that every mistake they make could potentially earn them an eternity of torment, what’s the point of even playing?”

Atheist has been known for their outspoken Christian beliefs over the past few years.  They refuse to play concerts on Sundays and have been known to throw Chick-Fila sandwiches at anyone wearing satanic black metal shirts or mocking Tim Tebow’s throwing arm.  They played several fundraisers earlier in the year for Presidential candidate Rick Santorum and have even dedicated their song “Faux King Christ” to Moral Majority Founder Jerry Falwell at a concert in July.

The Court has not been shy recently over taking cases involving religion and heavy metal.  Last year, they ruled 5 to 4 that members of the band Deicide can be forced to do the Pledge of Allegiance before concerts in spite of the fact that they are Jehovah’s Witnesses and their faith prohibits saluting secular symbols.  In a landmark case back in 2008, they ruled that the black metal band Watain was prohibited from throwing out non-Kosher animal parts into the audience during concerts taking place in a synagogue.

This entry was posted on October 8, 2012, 11:33 AM and is filed under General Weirdness. You can follow any responses to this entry through RSS 2.0. You can leave a response, or trackback from your own site.