Posted by Keith Spillett in BlaK Dan's Theatre of Cruelty on July 5, 2013 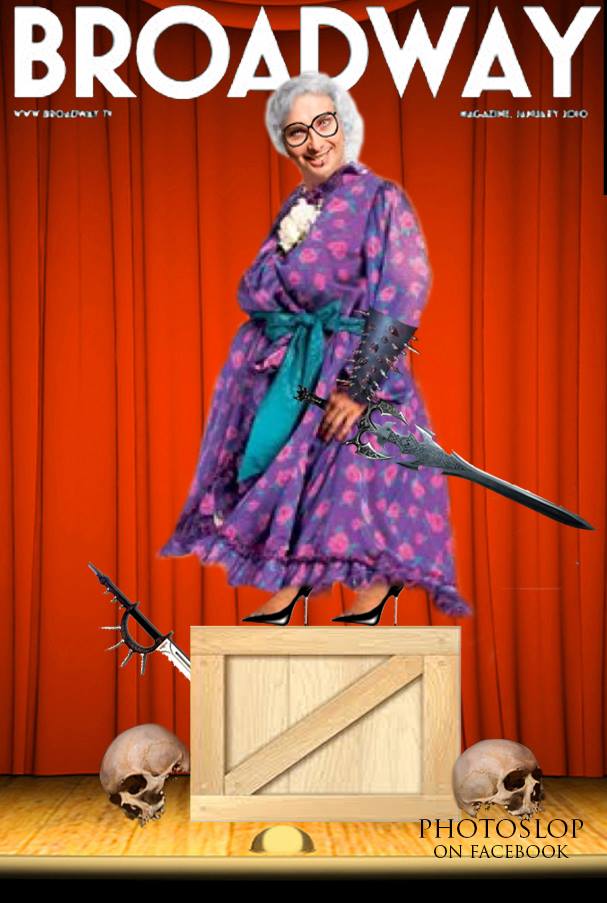 Tyler Perry is not usually one for controversy.  His plays and movies typically portray painfully uninteresting people wandering through hackneyed plots repeating the sort of dialogue that could have easily been generated by a computer that has been fed the scripts from the top grossing comedies of the past 30 years.  They are meant only to offend members of the John Birch Society and people who thought the whole cross-dressing bit in Mrs. Doubtfire took things “a bit too far”.

However, Perry’s recent foray into playwriting has been met by a flurry of criticism from the heavy metal community.  Last Thursday, “Diary of A Mad Black Metal Artist”, the latest in the Madea series, opened on Broadway.  Dani Filth, lead singer of the black metal band Cradle of Filth, plays the irascible but lovable grandmother usually played by Perry himself.

The story opens when Namond Brice, a good-natured young man with a penchant for getting in trouble in school, is sent by his parents Wee-Bay and De’Londa to live for a summer with live with his grandmother in order to teach him respect and discipline.  Madea, who has just returned from a tour of Europe with her black metal band Carpathian Melanoma, at first struggles to relate to Namond and forces him to spend weeks being tortured in a homemade dungeon.  Soon, however, the two bond over their love of Venom’s “Prime Evil” album and a deep, lasting relationship is formed.  When bloodthirsty leechpeople attack Madea’s farmhouse, Namond uses a flamethrower to kill them and save his beloved grandmother.

In spite of fairly positive reviews from critics, many metalheads are enraged that Dani Filth was cast in the lead as Madea.  “We stridently object to Dani Filth being cast in a play about black metal,” said BlaK Dan Krutzmeyer, head of Black Metal Fans For Decency, Purity and The Nordic Way.  “To refer to Dani as being a black metal artist is a blatant mischaracterization of the black metal community.  His band is, at best, gothic rock, at worst, a plague visited upon the human race to punish us for not bowing down in worship of The Gorgon.”

Krutzmeyer’s group has spent the past 76 hours blocking the entrance to The Eugene O’Neil Theater to try to stop people from attending the play.  Several of the protestors have thrown fake blood on theatergoers.  Three have even gone as far as to catapult bubonic plague infected bodies at members of the cast. Most of the 300 protestors have been arrested, including Krutzmeyer himself.

Perry has been astounded by the reaction to his latest play.  “I have worked hard throughout my entire career to create the most unimaginative, pedestrian, bromidic possible pabulum.  Having someone getting upset about one of my scripts is like seeing someone banging their fists with rage because their local supermarket doesn’t carry 2 percent milk.  My work should be seen as a marketing strategy, certainly not as some deeply significant cultural artifact worth getting arrested over.  Metalheads are some truly messed up people.”