Posted in General Weirdness on February 26, 2013 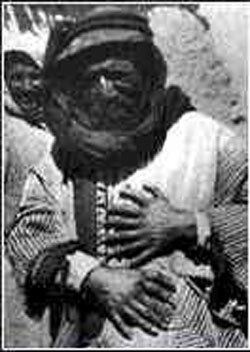 A Picture of Iommi Taken After His Recent Surgery

After more than 40 years of playing and performing with his injury, Black Sabbath guitarist Tony Iommi has finally reattached his finger tips, plus 2 more digits.

Iommi, who lost the tips of 3 of his fingers in 1974 after trying to recreate a stunt from the film “Home Alone 2: Lost in New York,” has learned to play guitar by protecting his mangled fingers with a delicate combination of Silly Putty, raisins, and twist-ties. The mixture, which Iommi mashed onto the tips of his fingers before performing, is said to be the source of Black Sabbath’s iconic sound for the past 4 decades. However, when frontman, Ozzy Osbourne became violently ill after accidently ingesting too much of the mixture, the band deemed it too hazardous of a tradition to continue.

With all Silly Putty-based mixes out of the picture, Iommi was left no choice but to undergo surgery to reattach the missing fingertips.

Last week’s fingertip surgery was deemed a success, but Iommi decided to go under the knife again 2 days later. After a series of escalating dares by his band mates, Iommi underwent additional surgeries to attach two extra fingers on his playing hand.

The campaigns, a Facebook page called “If This Page Gets 10,000 Likes My Friend Will Attach 2 More Fingers On His Hand” and the viral Twitter hashtag “#ThumbsForTony” proved to be wildly successful, gaining more than 20,000 ‘likes’ and 38,000 ‘RTs’ respectively. Two fast-acting fans jumped at the chance to donate a finger to the cause and the fingers were exchanged and attached in a matter of hours.

“I’m not happy he did it,” said a spokesperson at the Black Sabbath camp who wished not to be named, “but then again, you don’t just turn down a triple-dog-dare from Ozzy Osbourne.”

The surgeon, Dr. Tony Welling, whom Iommi selected based solely on their mutual first name, had no previous experience in amputation or reattachment surgery. And the donors, a 5-year-old spider monkey named Coco, and late Chicago mayor, Richard J. Daley, will both receive lifetime backstage passes as well as the secret recipe for Iommi’s raisin-putty-fingertip mix.

(The fellow who wrote this article, Andrew Sebastian Bach, is a complete lunatic.  He blogs regularly at chicagorants.com where he regularly explores important issues facing the Windy City like face-eating llamas and why everyone hates the White Sox)