It looks like the pitchfork doesn’t fall far from the tree!

After weeks of speculation about why Princess Kate has been wearing a tannis root necklace and eating raw chicken, it has been revealed by source close to the Royal Family that she is pregnant with “a child whose birth will summon a new era of wars, plague and pestilence.”

The child, who apparently was conceived by the light of a full moon during a cult ritual rendezvous with a cloven-hooved beast on a vacation on the island of Mustique, will likely take over the British throne when he reaches the age of 16. British tabloids have already begun speculating that once England is controlled by Satan, they will begin to recolonize the world in order to brand The Dark Prince’s barcode on the foreheads of all humans.

Many have speculated that the cloven-hooved beast may have, in fact, been her husband Prince William. However, the British monarchy has recently moved away from the practice of inbreeding, so the possibility of William having hooves is much lower than it would have been a century ago.

When Princess Kate officially got word of her pregnancy, her first phone call was to her Uncle Cronos (Conrad Lant). Since her marriage to William, Kate has shunned her uncle who is best known for his work in the hard rock band Venom.  According to sources deep within the satanic underworld, her first words to Cronos were “Looks like our plan worked! HE shall be born! HE shall lead us! In nomine Dei nostri Satanas Luciferi, Uncle Cronos!” 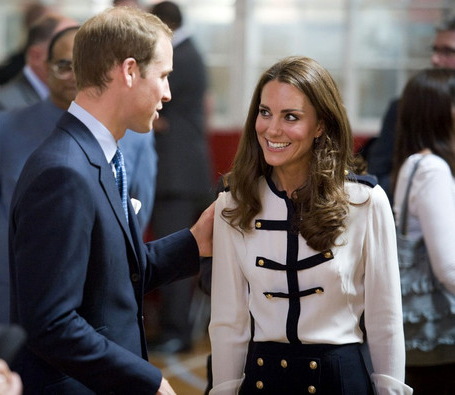 In League With Satan?

The Royal Family has refused to acknowledge her relationship with the controversial metal vocalist up until today. However, Cronos has not only been invited to the baptism, but will even be allowed to dip the child’s head in the “Blood of the Elders” at the end of the service.

The “Black Mass” is tentatively scheduled for June 6th, 2015 at an undisclosed location in the Middle East. It will be attended by several heads of state, a representative of the Illuminati and will be filmed by legendary film director Roman Polanski.

This entry was posted on September 8, 2014, 12:09 PM and is filed under General Weirdness. You can follow any responses to this entry through RSS 2.0. You can leave a response, or trackback from your own site.