The Future Ain’t What It Used To Be: Reflections on The Significance of Teaching and Learning History

Posted by Keith Spillett in Pointyheaded Highbrow Stuff on November 17, 2011 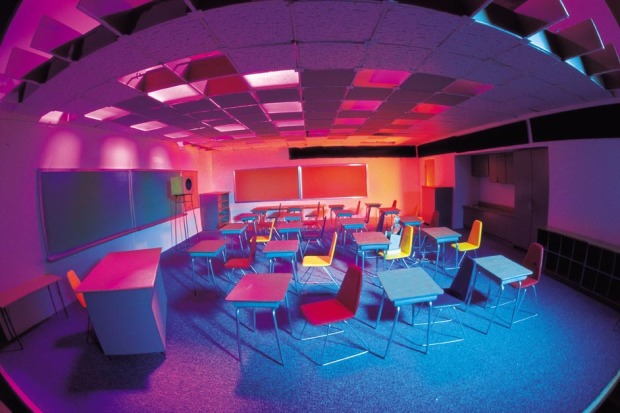 I believe strongly that one of the most significant things that can be gained through the study of history is a more profound understanding of the experiences of another human being.  We can never completely understand what a person has felt or known, but it is possible to see a vague reflection of their condition.  The full scope of human understanding is probably far beyond what a single person can ever completely grasp, but in the search for the meaning of individual moments in time, it is possible to see deeper into what it means to be that particular human in that particular moment.  That understanding can grant us the grace that comes with feeling a genuine connection to those who we may not physically ever meet.  This connection allows us to know more of what it means to be human.  For me, this is the most important reason to teach and learn history.

Often, the study of history is presented as a magical panacea for all that ails the human race.  I don’t believe history can “fix” anything.  The most well-worn and wildly inaccurate cliché about history is that “those who fail to learn from history are doomed to repeat it.”  Students are often programed like robots to repeat that as a way of explaining why it is worth spending hour upon hour of their time on earth pondering the actions of William the Conqueror or Marie Antoinette.  Granted, explaining the deeper meaning of history is a labyrinthine task, but simply leaving students with the veiled threat about how not paying attention to a lesson may leave them to the brink of extinction is hardly an effective means of fostering a long-term commitment to learning.   Nobody knows what patterns will unfold as time passes.  Studying what has happened is not a recipe for understanding what will happen.

One of the few recognizable truths that the subject seems to offer is that it is impossible for history to ever repeat itself.  Sets of circumstances are always unique.  Sure, there are similarities between the French and Russian Revolutions, but to argue that history was merely re-running an episode of “The Revolution Hour Hosted by Vladimir Lenin” is a grotesque oversimplification.  My experience has been that historical themes that “repeat” themselves only look that way if one is paying little attention to the actual circumstances of the event.  There are nearly infinite numbers of minor unrecorded actions and forgotten decisions that made the event what it was.  We know so little and presume so much.

By understanding the past, we gain little insight into our future.  Even if I magically found a way to absorb every moment of the past, I strongly doubt that I could even know what the weather was going to be like a week from Sunday.  The future is created by the sum total of the actions of human beings in each particular moment.  I have not been given the machinery to synthesize a trillionth of the events of a given millisecond.  If they all count for varying degrees of something, then how on earth could I possibly expect to understand the moment I’m in, let alone the ones that will come next?

The problem with a historical outlook that is built on gaining future “results” is that it obscures a much more powerful purpose for historical study, which is to genuinely understand something that goes beyond ones own wishes, desires and beliefs.  Historians often try to bend events into coherent themes in the hopes of explaining large blocks of time.  This form of historical shorthand is necessary on many levels, but when it comes to supersede the experiences and events that have taken place, then it becomes a major barrier to the path of empathy that true engagement with the subject can create.

If the goal of learning history is trying to predict the outcomes of a series of events, then it is certainly not an effective tool.  However, history may well be one of the greatest engines ever created to teach empathy and compassion.  The problem with teaching students to believe that history follows certain patterns is it robs them of the understanding of what a remarkable role uncertainty plays in history.  Students often ask why a certain historical actor was so dumb as not to see how obvious their fate was to anyone who paid attention.  After all, we know how all the stories end.  The problem is, historical actors do not know how their lives will end up.  They are making decisions in the moment without the benefit of hindsight.   No historical pattern can guarantee a person’s well-being.  They were fishing around in the dark just like we are.  They didn’t know how they would die, they didn’t know what their actions would mean and they certainly didn’t have the benefit being able to walk away from their stories when events became too challenging.  We don’t either.  This basic human truth should be the bedrock of any exploration of history.

To attempt to fully comprehend meaning of even one moment of a human life is an awe-inspiring goal.  Even with the comparatively small amount of information we have about the lives of our fellow travelers, when we can see a flicker of their humanity we have granted ourselves the wonderful kinship that comes with knowing that we are not making our journey alone.  Humans can survive perfectly well without studying history.  The past, however, can teach us so much more than simply how to survive.  It offers us an amazing window of insight into the miraculous complexities of what it means to be alive.  This understanding is history’s truest gift to us.  This is why it is worthwhile to learn about the past.

Solutions Are Not The Answer: Political Communication For Toddlers

Posted by Keith Spillett in General Weirdness, Pointyheaded Highbrow Stuff, The Politics Of Catastrophe on July 8, 2011

Photo By Angie Hill (picture is of her son Braxton)

It has often been said that you can learn a lot from listening to a child talk.  People tend to mean that you can learn a great deal about the beautiful simplicity of life and the importance of innocence.  These are valuable lessons, but certainly not the only things children can teach you.  What I have found from listening to my children is that they have an amazing understanding of how political communication works.  It’s not that I am one of those parents who think their children are so smart they can handle molecular biology in the first grade, but my two year old and four year old have given me remarkable examples of arguments that are popular in the realm of American political discourse.  Carter could have gotten a third term with some of the things my kids say in passing.

Fallacy of Extension or The Strawman Argument

My 2-year-old daughter looked at me yesterday and announced, “It’s not night daddy, it’s the morning.”  She was certainly correct, it was 10 o’clock in the AM and the sun was shining brightly.  The intriguing part about her statement was that I had never said anything about it being nighttime.  She had ascribed to me a position that was both irrational and, more importantly, not mine.  She had used this to make her own case for the fact it was daytime.  Somewhere, Roger Ailes was smiling.  This argument is the backbone of much of the political debate that goes on today.

In the “non-toddler world” it works like this.  I accuse you of saying something you have never said and do not believe and then make my case in opposition to the illogical premise that now belongs to you.  You look like a lunatic and I look like my argument is not only correct, but a common sense response to the weird stuff that you have said at another time (even though you never said it!) Richard Nixon’s Checkers speech is the most famous example.  The man was accused of misusing 18 thousand dollars and ended up making an argument over how his political enemies were asking him to give a dog back that his children really loved.  No one had said anything about the dog except him.  Even my two-year-old couldn’t pull that off with a straight face.

Misdirection or The Old Red Herring

This one is common among children when the subject of bedtime comes up.  My four-year-old son has this down to a science.  He is a naturally curious boy, but this curiosity comes in spades right around the time he’s looking to stall the natural forces of parenthood.

Politicians often use this one when they get in trouble.   The same sort of change the subject magic can be seen at many a press conference.  Here’s a made up example that should look familiar to anyone who spends more than a half hour a month watching the news.

My son hit me with this one yesterday and nearly ruined what was left of my barely usable brain.

Basically, he was saying that if he doesn’t know what it is then it simply can’t be true.  In politics, there are many bizarre variations on this hustle.  The most surreal is the use of the absence of something to prove its existence.  Future Supreme Court Justice Earl Warren ran this one out back in the early 1940s to justify some of the post-Pearl Harbor, anti-Japanese sentiment in California “I take the view that this lack (of enemy subversive activity in the west coast) is the most ominous sign in our whole situation. It convinces me more than perhaps any other factor that the sabotage we are to get, the Fifth Column activities are to get, are timed just like Pearl Harbor… I believe we are just being lulled into a false sense of security.”

If you observe children enough, you’ll see all sorts of interesting political communication going on.  The argument from personal charm is another standard.  “I’m cute and harmless, therefore, even though I have a chunk of my brothers hair in my hands, I couldn’t possibly have done that bad thing you are thinking I did.”  This explains much of the political career of Ronald Reagan. The argument ad infinitum is a common tool used when politicians repeat the same expressions thousands of times to try to cement them in the minds of voters.  When your 4-year-old asks you for the six thousandth time for the Thomas the Train Misty Island Rescue Set, understand that they are exhibiting traits that may one day allow them to lead this great nation.

If you are interested in more of the great strategies used to obfuscate truth and contribute to the further cheapening of language, check out this link…http://www.don-lindsay-archive.org/skeptic/arguments.html

Posted by Keith Spillett in The Politics Of Catastrophe on November 29, 2010

Here’s an oldie but goodie from today’s Wikileaks release.  I’m quite sure that somewhere Edward Said is doing reverse backflips in his grave.

This is a pretty gosh darn appalling cable from the negotiations during the hostage crisis in 1979.  I’m not quite sure why it was classified until today, but that’s for another day.