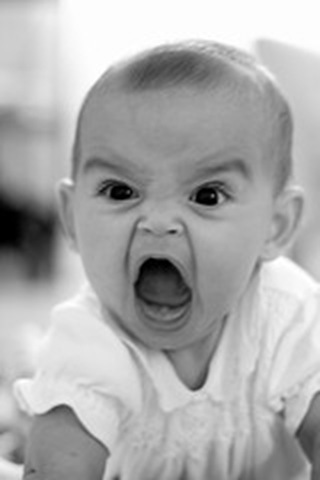 “Beware of the hobby that eats.”  -Benjamin Franklin

The modern world can easily be a paradise for the highly committed and deeply disturbed among us.  A person can amuse themselves endlessly with useless acts of rebellion meant to add luster to the dreary, humdrum, day-to-day flatness of life.  Abbie Hoffman once figured out how to obtain a free buffalo from the Department of Interior.  He was a bit more creative than I am.  Having become sick of ending up with piles and piles of junk mail I set my sights on turning this annoyance into an affirmation of the uniquely twisted nature of today’s world.

It all started at Kroger on a rainy Friday afternoon many Octobers ago.  Kroger is a supermarket chain that exists down here in Atlanta, Georgia so that people have a place to go if Publix is too crowded or closed.

I had recently been forcibly removed from the place for getting into a shouting match with three employees over my belief that they were intentionally overcharging me for the 35 boxes of store brand pudding I was trying to purchase.  I was in the mood for mischief, but not the type that would again lead me to being tossed onto the ground and called a “pudding hoarder” by an overzealous store security guard.

At Kroger, you can get a card that, in exchange for surrendering loads of personal information, can help the cagier shoppers among us to save lots of money through special discounts.  Of course, once your information is in their hands who knows where it ends up.  They can sell it to anyone they want.  They can give it to the KGB for all you know.

For fun, I decided that if they were going to get someone’s name, it ought to be The Boston Strangler’s.  So, now when I look in my mailbox and some company is trying to send me coupons for, say, diapers, those coupons are addressed to Mr. Albert DeSalvo.  Kroger and the other litany of corporate octopi that spend thousands of dollars to figure out whether I might buy more or less than 100 dollars worth of Kleenex per year are actually trying to appeal to a maniac who terrified the people of Boston for months on end.  Cracks me up every time.

My fake criminal spree continued at CVS the next day where I signed up for their consumer rewards program as Dr. Jack Kevorkian.  The following is a re-creation of an actual conversation that took place.

CVS Customer Service Agent:  Do you have a CVS card?

Agent:  (swiping card) You saved $3.52 on those cans of formaldehyde Dr. Kevorkian.

Agent:  Hey.  You are not the famous Dr. Jack Kevorkian are you?

Agent:  Your parents named you both Jack.

If you were to ravage my mailbox, you’d see a regular who’s who list of famed murderers.  Target knows me as Ted Bundy, Hobby Lobby calls me Ed Gein, Iams Dog Food thinks I’m David Berkowitz and The Omaha Steak Company sends their annual Steak of the Month mailing to a connoisseur named Jeff Dahmer.  It’s really rather a strange feeling to see pictures of smiling, deeply contented people in a Macy’s catalogue that has just been sent to Richard “The Night Stalker” Ramirez.

Why does this make me laugh?  I’m not sure. It’s childish, insensitive and really asinine.  Murder is certainly not funny, particularly the sheer perversity of the acts committed by my alter-mail-egos (except, of course, Kevorkian, who really doesn’t belong in this group of sickos).   Maybe it’s a way of trying to make sense of the perpetual flow of slickly produced come-ons that follow me around where ever I look.  Maybe it’s an indicator of my inability to understand the nature of evil.  Maybe I just need another hobby.  It’s hard to say.

This entry was posted on January 25, 2012, 4:48 PM and is filed under Articles I Probably Shouldn't Have Bothered Writing. You can follow any responses to this entry through RSS 2.0. You can leave a response, or trackback from your own site.