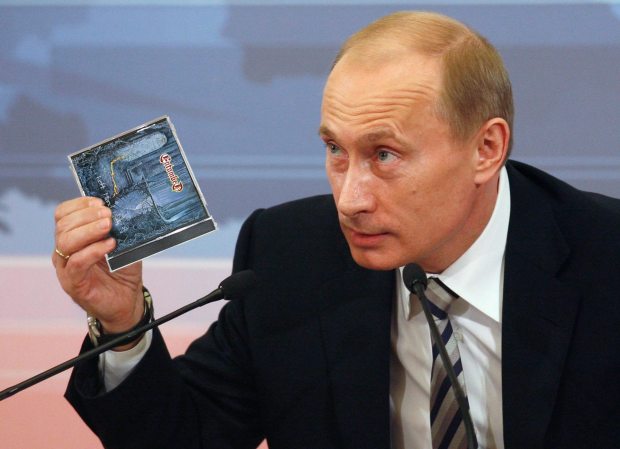 “Please don’t misunderstand me,” said Putin at the end of last week’s EU Summit, “Finnish metal is truly great, particularly its amazing death metal scene, but for Obama to bring it up like that in front of the President of Finland is so lame. He knows, dude! He’s from there!”

When asked to clarify his remarks, the President snorted and said, “Like he’s ever heard Privilege of Evil. And it’s so clear he was just trying to look cool because he didn’t say anything about Swedish Metal when he was addressing [Swedish Prime Minister] Stefan Lofven! How could he not bring that up?”

Putin went on to characterize Obama as “a tryhard, one who would get a denim vest and then buy all the patches for it at the same time on eBay”.

The Russian head of state also continued to blast Obama’s ignorance to the importance of Swedish Metal. “Left Hand Path – Scandinavia might not even have a underground scene without that album. It’s so crucial, and that little wannabe blew his chance to tell the world about it! He doesn’t know. He wasn’t there. What, did he hear one of his kids play a Finntroll album and decided he knew something?”

After an additional ten minutes of listing Swedish Metal gems that “America’s Poser President” has certainly never heard of, including Dark Recollections and Under the Sign of the Black Mark, Putin paused and added, “But you know what? It’s better that he doesn’t know. I’d hate for him to find his way to the good stuff and then act like he invented it or something. Oh God, can you imagine if he started turning out to all the shows? That would drive me nuts.”

At this point Putin excused himself, inserting a cassette labeled “TREBLINKA” into his Sony Walkman as he headed towards the reception hall.

This entry was posted on May 17, 2016, 8:16 AM and is filed under General Weirdness, Uncategorized. You can follow any responses to this entry through RSS 2.0. You can leave a response, or trackback from your own site.